Trending Stories from The Marquee
You are at:Home»Album Reviews»Bob Marley & The Wailers
By Marquee Magazine on March 1, 2011 Album Reviews, Jonathan Keller 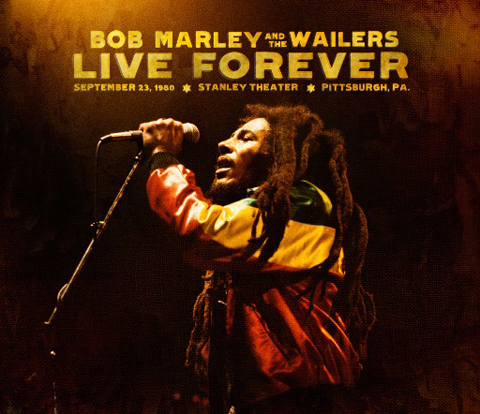 If there was one artist that defined an entire genre of music, Bob Marley would be at the top of the short list.

The recent release of his final concert performance, from September 23, 1980 at the Stanley Theatre in Pittsburg, PA., is a welcomed bookend to his expansive catalog and touring career.

Released as a 2-CD set, the concert finds Marley and his backing band, the Wailers, plowing through a stampede of hits and fan favorites, including: “Natural Mystic,” “Them Belly Full,” “Jamming,” “Exodus” and “Could you Be Loved.”

Marley was terminally ill with cancer at the time of the concert and even though he sounds subdued at times, his mystique and compassion still shine, especially as he belts out a heartfelt rendition of “Redemption Song.”

Marley died less than seven months after this concert was recorded and even though parts of this release were pasted together (“Work” and “Get Up Stand Up” are audience recordings), it is still a nice reminder of the joy the man spread through his music.