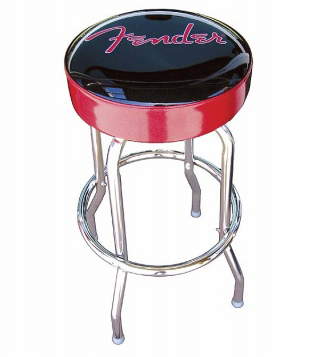 How refreshing to hear something good about a big record label?

For a really long time, labels have been the whipping post for all that is unholy and awful about the music business. We’ve all scoffed at their inability to wrap their head around the internet and what it would do to change the face of music. We’ve all heard horror stories about the indie bands that get picked up and then quickly cast aside as soon as their projects don’t break big. We all get pissed when that retrospective of the artist that we’ve been waiting for comes out and it ends up giving the true fans absolutely nothing new. (I could go on, but I’m sure you get the point.)

So when I heard back from our writer Timothy Dwenger, after he spoke with The Flaming Lips’ founder Wayne Coyne —who was set to sit down with the president of Warner Brothers Records moments after getting off the phone with us — that Coyne couldn’t have said nicer things about WBR, it was kind of akin to hearing that BP made the whole oil spill disaster disappear, like it had never happened.

Now, I know that just hearing one example of this from one guy about one label doesn’t necessarily wipe away the sins of corporate labels, but it sure does make you wonder if all the doom and gloom we hear about so much in the music business is an out-of-whack, overblown perspective.

Bob Lefsetz, a great columnist who usually nails his hypotheses with great accuracy, but seldom puts forth a very positive message, was last month once again spouting about how “music is now in the hands of the proletariat.” But, the day before, Lefsetz had quoted a speech by Ian Rogers of Topspin Media that Rogers delivered at the New Music Seminar. Rogers, whose business is a direct-to-consumer marketing and retail software program, said that the “good news” is that bands “are not in the $0.99 download business,” and that they should be focusing on building relationships with fans, rather than making money in the short-term. “If you’re just starting out, you need fans, not dollars. Our advice to artists is to not attempt to sell anything until you have at least a couple thousand people on your email list,” Rogers said.

Who knows, maybe somewhere over there in corporate label-land, people are starting to hear messages like this one from Rogers. Maybe somewhere over there, the people who have worked with bands like The Flaming Lips are starting to see that there are other ways to do things, and that those can be just as rewarding to the labels as their highly-prized one-hit wonders. Sure, we can all sit around and say, “Well, it took you long enough,” but that’s kind of defeating the purpose — and the purpose, lest we forget, is to have good music everywhere, and to allow the artists who make that music to eek out a living, while presenting their art to us.