Trending Stories from The Marquee
You are at:Home»Album Reviews»Jaden Carlson
By Marquee Magazine on March 2, 2011 Album Reviews, Jonathan Keller 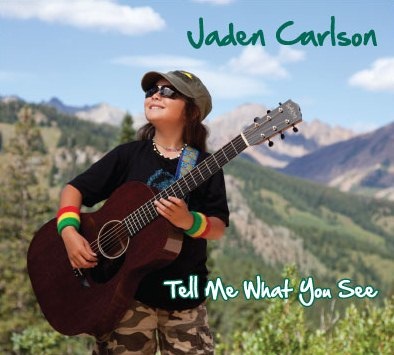 Tell Me What You See

Carlson’s new album Tell Me What You See is a mighty fine sophomore follow up to her debut and continues to showcase a young musician growing by leaps and bounds as a performer and more importantly, a songwriter.

Tell Me What You See features 12 mostly-upbeat songs, including 10 that were written by the young Carlson herself.  Highlights include the album’s upbeat opener “Soulshine,” the instrumental “A Song,” and the album’s first single, “We’re All One,” featuring a guest appearance by Keaton Simons. Albums guests are many and include: Eric Grant (The Attack Plan), Dave Shul (Michael Franti & Spearhead), Chris Steel (Trevor Hall) and Rob Drabkin.

It’s something special when you can see a local Colorado musician grow before your eyes and Tell Me What You See is another fine step in Carlson’s progression as an artist.