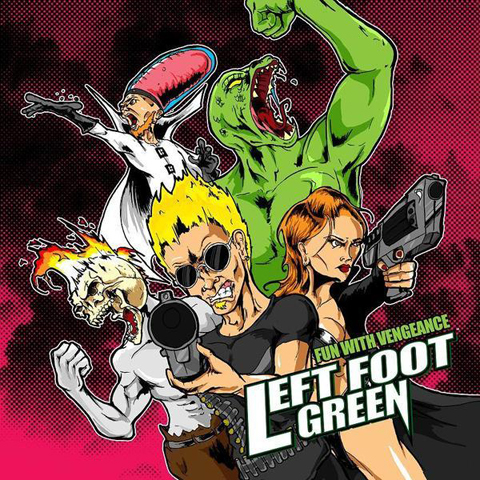 Every band needs something to give it that little spark — that thing that sets it apart from its contemporaries — and for Denver’s Left Foot Green, that “something” comes in the form of violin shredder Harmony Greenhalgh.

Left Foot Green plays alternative pop punk, and Greenhalgh sets them apart from other Warped Tour-style bands, by having her electric violin soaring as a lead instrument over the angsty-rock.

The band literally tears through track after track on its seven song EP Fun with Vengeance, with fierce tracks that sound like a soundtrack to an X Games film. But when the band finally tackles a remake of A-ha’s 1980s hit “Take on Me,” Greenhalgh saws on her fiddle better than Poindexter from Revenge of the Nerds during the epic grand finale of the film — proving, once again, that a violin can rock as a lead instrument.

While Greenhalgh’s playing takes center stage, the rest of the band certainly holds its own as well throughout the album, and the styles work well to compliment one another.                  — Brian F. Johnson