Trending Stories from The Marquee
You are at:Home»Uncategorized»Pure Sunshine Benefit celebrates Rick Kulwicki
By Marquee Magazine on March 17, 2011 Uncategorized 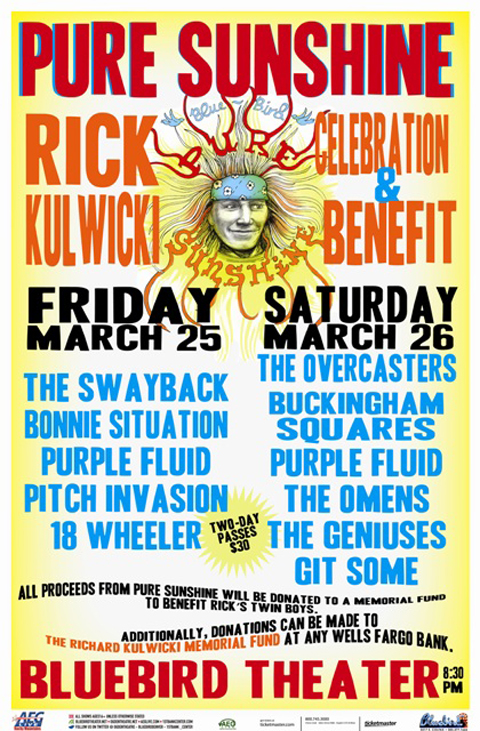 Rick Kulwicki was a longtime and beloved member of the Denver music community. In addition to his groundbreaking work as a guitarist of legendary Denver band The Fluid, he also contributed to the Frantix and the Buckingham Squares. He is survived by two teenage twin sons, two sisters, and his mother. Pure Sunshine is a celebration of everything Rick achieved and everyone he influenced. As plans for Pure Sunshine began, word leaked and the response has been overwhelming. What was once a single-night event has evolved into a two-night event featuring some of Denver’s best bands! Below is the tentative line up, subject to change: