Trending Stories from The Marquee
You are at:Home»Features»4/20 Rundown
By Marquee Magazine on April 1, 2011 Features, Kayla Bellipanni

4/20 celebrations give patients a multitude of ‘treatment options’ 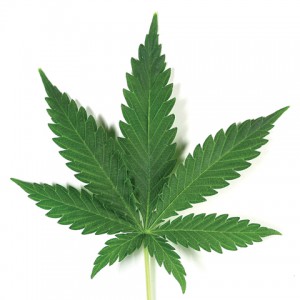 Colorado has been a legal medical marijuana state since 2000, but over the past few years the movement has exploded with dispensaries popping up everywhere, and Coloradoans running in numbers never expected to get their medical cards.

The underground holiday of 4/20 has long been a big deal in Colorado, but with the aforementioned explosion, April 20, 2011 is set to be as big as Mardi Gras and Christmas all rolled (or twisted) into one. Accordingly, concert promoters have put their best foot forward, and the result parallels other great music holidays like New Year’s Eve and Halloween. (For a complete listing of all 4/20 shows, please refer to our calendar section.) Medicate responsibly. 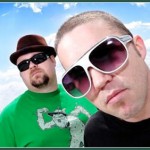 The B Foundation is the self-professed “go-to band for good time party vibes.” They call their musical style “surf/rock/reggae/kick ass,” and that is exactly what they’re setting out to do. They’re angsty with a reggae rhythm. It is a calm beach vibe inspired by the waves of the Pacific Ocean that help to create a good buzz.

From one of the greatest burlesque masterminds, Reyna Von Vett, comes “Reefer Madness: Denver’s Gone to Pot!” It is an operatic satire about the recent explosion of dispensaries in our state’s capitol. It’s a two-act jaunt through 90 years of marijuana culture featuring songs belted by scantily clad women. They have a vintage vibe to them, stemming from the ’20s and ’30s, as it is loosely based on the 1936 “educational” scare-film, Reefer Madness. Critically hailed as a campy, silly show filled with naughty women, it’s not a bad way to spend a night at the opera. 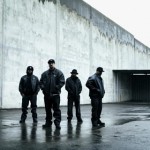 Cypress Hill was the first Latino group to go platinum and multi-platinum. They are one of only five musical acts to be banned from performing on “Saturday Night Live.” They’re rebellious and their often X-rated hip-hop lyrics back it up. The lyrics are blunt, though, and often a political commentary on the social and cultural hierarchy of LA. The public appreciates honesty and having someone to call out the hypocrisy of their superiors, and Cypress Hill delivers that favor —which is most likely why they’ve been around for 24 years in a genre that is notoriously fickle and not designed for multi-decade careers. 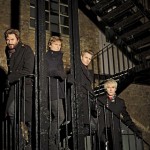 As proven time and time again, music fans love nostalgia — Duran Duran has, in fact, already sold out The Ogden.

Duran Duran skyrocketed to fame with their 1982 hit, ‘Hungry Like the Wolf,”  and fans will be pleased to know that the tracks on their new album, All You Need is Now, has generally the same sound and energy. It’s just as good as everyone remembers. They’ve returned to their retro sound, channeling their second album, but now also include a shout out to modern music by taking things to loftier heights with baroque-esque synthesizer-heavy tracks. 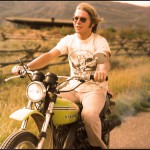 John Denver, the soundtrack to the stoner seventies, is slated to be inducted into the Colorado Music Hall of Fame in this benefit concert hosted by Olivia Newton John. The event will celebrate his music and his life — almost 53 years of encouraging granola eating, acoustic guitar playing, and lighting up at the end of the day just to stare at the mountains — not to mention pushing the environmental friendliness Colorado is known for, which is probably why the occasion is happening on Earth Day eve. 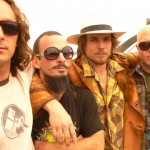 The son of Willie Nelson, Lukas Nelson has a rock-and-roll attitude reminiscent of Bob Dylan and Steve Winwood. With a country-meets-funk-meets-blues feel, this group is still riding high on the success of their latest album, Promise of the Real, and is sure to deliver a buzz to a wide spectrum of fans. 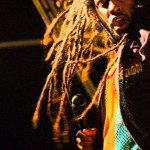 Natty Nation is one of the few truly “independent” reggae bands left — a chilled-out group out to spread the message of peace, love, and community. Drawing on influences from Ziggy, Damien, Stephen and Bob Marley, positive vibrations ring out from coast to coast. The music is real, reflecting life in a gritty but beautiful way and is definitely a killer addition to the reggae culture. 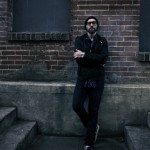 The energy in this Colorado-based project is high. The sound creates a dramatically drawn out anticipation and travels into uncharted musical territory. Heavy on the bass, it creates a dynamic beat that is further complimented by supernatural synthesizers and wicked melodies. It’s an adventure in your own backyard and a good time all rolled into one. 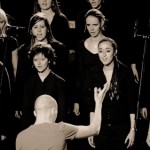 Originally a Belgian all-girls choir of about 60, the classically trained Kolacny Brothers have taken Scala and turned it into an international phenomenon. Reminiscent of the calm before a storm, there is something dangerously pretty about the songs —mainly covers of Radiohead, Nirvana, and U2. Expected to be one of the breakout music groups of 2011, they have already taken the U.S. by storm and even did an underscore for The Social Network trailers. A haunting yet beautiful experience, and a great antithesis to noodle-heavy guitar jams on 4/20. 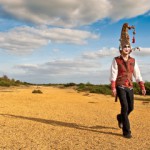 Presenting a new mind-blowing stageshow called “The Shponlgetron Experience,” Shpongle has taken electronica to new highs. It is upbeat and has a rave-party feel, with an eastern Indian twist on some songs resulting in a richly textured groove. It varies from the typical glitches of electronica and techno to “why-isn’t-there-more-blood-on-the-floor?” style pandemonium to the laid-back bounce beat Shpongle is known for. 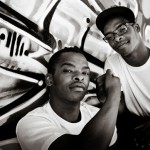 An unconventional take on hip-hop. Twins Sherwyn and Kendrick Nicholls and their drummer Colby Buckler have been leaving crowds from coast to coast in awe. It is a combination of hip-hop, jazz, and electronic twisted to perfection.