Trending Stories from The Marquee
You are at:Home»Album Reviews»Radiohead
By Marquee Magazine on April 1, 2011 Album Reviews, Jonathan Keller 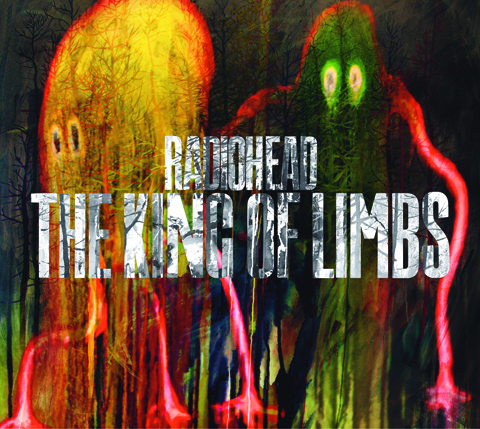 It’s hard to believe it’s been over three years since Radiohead’s last album. With a general lack of group outbound activity after the 2007 release of In Rainbows, Radiohead had sporadic spurts of writing and recording in various locations, eventually crafting those sessions into their new eight-track album, King of Limbs.

The album is their shortest full-length release to date, clocking in at a meager 37 minutes (I’ve got some EPs that are longer). However, the album is strong, challenging and follows the flow and feel of its predecessor, In Rainbows.

King of Limbs is pure sonic exploration. With producer Nigel Godrich back at the controls, the album’s opening track, “Bloom,” opens with a refraining keyboard line that gives way to electronic noise reminiscent of goose calls.  An underlying shuffle of out-of-time drums kicks in before Thom Yorke’s angelic voice creeps in overhead, giving the song its true structure.

From the opening minute of the first song you can clearly tell where this album is going and it’s candidly refreshing.

The album’s second track, “Morning Mr. Magpie,” could easily be mistaken for an A+ outtake from In Rainbows or Thom Yorke’s solo effort The Eraser. The song’s guitar, drum and bass groove is repetitive and incredibly hypnotic as Yorke sneers, “you’ve got some nerve / coming here / you stole it all / give it back.”

The album’s remaining songs mostly follow suit. However, the biggest surprises on King of Limbs are the two ballads that reside on the back-half of the album, “Codex” and “Give Up the Ghost.”

“Codex” might be one of the prettiest piano ballads the band has ever recorded. The song opens with a three-chord progression on acoustic piano, some ambient background texture, and when Yorke’s voice enters, the melody and lyrics are instantly soothing and sound uniquely comforting: “sleight of hand / jump off the end / into a clear lake / no one around / just dragonflies / flying to the side.”  The song is simply gorgeous and the vocal melody harkens back to the band’s The Bends –era pop sensibilities that Yorke had a knack for.

“Give up the Ghost” is also wonderful, opening with an odd refraining vocal chorus before the acoustic guitar and Yorke’s lead vocal push it to the background.  It’s nostalgic to see Radiohead writing pretty ballads again.

If Radiohead’s past few albums have taught me anything, it’s that the band’s sonic explorations are best appreciated in a solo setting.  Listening to their albums alone and with headphones has given me a new-found appreciation for their current music — especially after sorely missing the guitar-driven musings of The Bends and OK Computer over the past decade.

King of Limbs certainly features a band that’s still interested in pushing their creative envelope, but it also provides a good medium between their electronic soundscapes and rock band roots.

While King of Limbs was released first digitally in mid-February, the CD and 12” vinyl were released on March 28. In mid-May, the band will also release a special “newspaper” edition, which will contain two 10” vinyl records, artwork, a CD and an oxo-degradable plastic package.