Trending Stories from The Marquee
You are at:Home»Album Reviews»Explosions in the sky
By Marquee Magazine on May 1, 2011 Album Reviews, Jonathan Keller 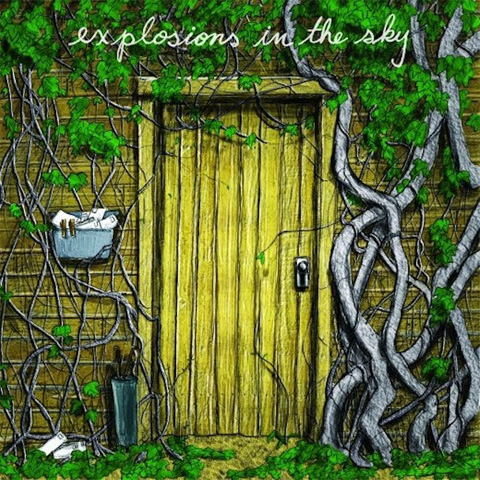 Explosions in the sky

When I received this album I was a little apprehensive. I’d heard good things about Explosions in the Sky but was always a little wary of the instrumental post-rock tag the band had carried with them. I’ll be honest; I never really gave them a chance. Then I laid down one evening and listened to their new album, Take Care, Take Care, Take Care, with headphones and was carried away into a conscious dreamscape of sonic bliss. Simply put, the album has some of the most interesting music I’ve heard this year.

Formed in 1999 in Austin, Texas, Explosions in the Sky is a quartet with the traditional rock band lineup of two guitars, bass and drums. They are probably most known for writing and recording the soundtrack for the 2004 film Friday Night Lights and have seen some modest success and album sales in both the United States and Europe.

Their latest album is their first in nearly four years and was recorded at Sonic Ranch, which sits 30 miles east of El Paso. The result is a six song album that features only one song running less than seven minutes and provides countless gorgeous, cresting passages and crafty arrangements.

Make no doubt about it, Take Care, Take Care, Take Care is an instrumental album, minus some background vocal textures, but it’s the lack of vocals that define the beauty in the album. It’s surprisingly refreshing to have the music (not the lyrics) create the emotional journey for the listener and I now see how Explosions in the Sky excels.

The 8-minute album opener, “Last Known Surrounding,” sets the tone for the entire album, leading off with some ambient noise before exploding into a pretty three chord progression that quickly shifts into a gorgeous finger-picked guitar segment that once again builds into yet another section of stereo guitars and shuffling drums.  That pattern sets the tone for the entire album; just when you think something is getting repetitive the band is off again in a new exciting direction.   Every track on this album is noteworthy.

The biggest success of Take Care, Take Care, Take Care is that each song individually comes across as a miniature soundtrack. There are no expectations placed on the songs because of a song title or lyrical content — everything is open to pure listener interpretation and that is a glorious feat in itself.