Trending Stories from The Marquee
You are at:Home»DJ Hippie»Quick Spins
By Marquee Magazine on May 1, 2011 DJ Hippie, Quick Spins 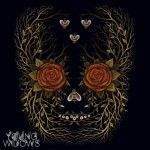 In and Out of Youth and Lightness

In several spots in the press release issued with Young Widows’ In and Out of Youth and Lightness, the CD is referred to as “sinister.” I don’t agree with that. I see this album much more as a straight forward post-punk album that while strong, loud and devilishly captivating, doesn’t really go as dark as the press release says; but that doesn’t mean I don’t dig the hell out of it. 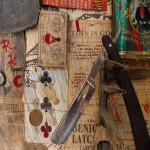 If any other band was this all over the place, I’d probably hate it, but there’s something so charming about how Radical Knitting Circle presents their music. This new album is no different, combining everything from jam and punk to Celtic and straight up rock. They seriously pull from everywhere, but manage to weave a beautiful and ridiculously fun tapestry. 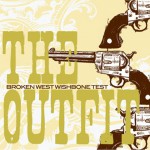 The Outfit’s new opus sounds, in parts, like Denver’s answer to Kings of Leon, but also has some truly unique retro-’80s/lo-fi/garage elements that make it stand out. A great live band, The Outfit almost seems constrained by the studio, but still managed to lay down a solid disc here. 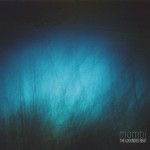 Ethereal and gorgeous, it’s no wonder that the duo of Kael Smith and Matt Herron took three years to create this album. Haunting and dark, The Wounded Beat almost sounds like an English version of Sigur Rós, with an electronic beat added in. These Denver guys have been releasing their music in Europe, but it’s time they start getting it out locally. 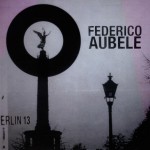 When I sit at my desk, my feet sometimes rest on my subwoofer — which was awesome for this. Berlin 13 is a mix of acoustic guitar, heavy rhythms and sinister dub, that made my toes vibrate. Aubele does a great job at blending dub with other genres, especially latin influences, which is where this album shines most.