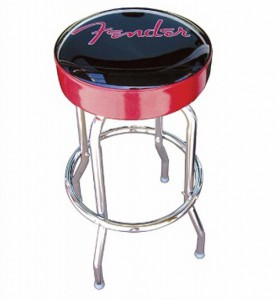 With the deepest, most humble pride and complete and utter appreciation for the community that has supported us, we are pleased beyond words to offer you our 100th issue.

I’m absolutely astounded that this day has come to pass, and cannot begin to thank everyone enough — but I’m going to try.

Most publications don’t last these days. According to one study I found, 60 percent of publications fail in the first year, and 80 percent fail by their fourth year. So the fact that we’ve even had the opportunity to produce this many issues is a gift in and of itself.

In our 100 issues, we’ve conducted over 750 interviews with musicians and listed in our calendar, more than 150,000 individual shows at local venues.

But the big number, the thing that just blows my mind, is the fact that more than one million individual copies of The Marquee have hit the streets since we started.

In late 2002 and early 2003, I was stuck at a corporate newspaper as a reporter, but was secretly toiling away on the first issue of The Marquee. Six days after that first issue came out in March, 2003, I left that paper and have been full time with The Marquee ever since.

It’s my longest lasting job, and really the only thing I can see myself doing. There’ve been some tough times — some really lean times. Most people with even one business class under their belts would have folded up shop long ago, and anyone with a real business background would have never even launched this business. But I’ve never been good at following the rules and “shoulds” in life.

The very first issue of The Marquee was chock full of photos, very few ads, and absolutely overflowing with a naive awe of the music scene and the Colorado community that makes it so incredible. When we picked it up from the printer, we didn’t really even know where to go with it. Everything was — and for that matter, still is, to some degree — a learning curve. I think if I do another 1,000 issues of this magazine, I’ll still learn at least one good thing every deadline.

The thoughts of the laundry list of thank yous that I need to give scares me because I’m, at the very core, a forgetful person, and am terrified to leave out names and hurt anyone’s feelings, but if there is ever an issue that demands some acknowledgements, this is the one.

First, to my wife and business partner, Jess, who, long before ever working for the magazine, provided moral support and over-the-shoulder advice on all aspects of The Marquee. Since she joined the magazine full-time two years ago, I’ve had the absolute pleasure of working with my best friend daily, and am grateful beyond words.

Second, to my dear friend Bruce Lish, who has, most importantly, helped in making me at least seem literate. As our copy editor, Bruce is the reason we have mostly minor mistakes in the magazine. I can’t imagine all the major goofs we would have had without his help. That, in addition to his countless other forms of support, have quite literally saved us from doom before.

There are too many writers and photographers and interns that have worked with us over the years, to mention them all by name, but there are some of those who really made the extra effort and deserve some mention.

First and foremost on that list is Timothy Dwenger, our senior contributing writer who has penned more stories for The Marquee than any individual and has written more cover stories than any other writer (he also has a damn good set of ears). Tim’s contributions go way beyond the words he writes for us, as he has probably had more effect on our overall vision than any single person, due to the wide scope of musicians and genres he’s tackled over the years.

Additionally, there is former intern Alex Samuel, who years ago went on to Self magazine, but still gives advice from afar from time to time; intern Joe Kovack, who was supposed to do one semester with us and is still writing stories years later; photographers Soren McCarty and Lisa Siciliano, who’ve clicked thousands of shots on our behalf; CD reviewer Jonathan Keller (who actually started writing features before he found his groove analysing new releases); calendar editor, Boulder (and former Denver) distributor, writer and photographer Jeffrey V. Smith, who has done almost everything but accounting for The Marquee; our webmaster Matt Fecher, who keeps us from looking like we’re running stuff on a Commodore 64; Denver distribution manager Erik “Mr. Reliable” Chisholm, who tirelessly logs hundreds of miles each month; the publicity firms who have helped us to land our interviews like Madison House Publicity, Big Hassle and Nasty Little Man; the local venue publicists who help fill ticket and photo pass requests; and, anyone who has ever delivered even a single copy of The Marquee, and everyone else who has written so much as one word as a contribution to this project.

Our advertising clients are obviously the financial reason that we’re here. When we started, we flat-out stole The Mountain Gazette’s philosophy that our advertisers are to be revered and honored when we can, but never pandered to. So the few times we’ve mentioned them in editorial context we hope you’ve noticed it and agreed that the mentions were worthy. We love the fact that we’re independent and haven’t sold out and we know a lot of you do, too, so thank you to any business, no matter how large or how small, who has ever purchased an ad over the years.

Finally, to our fans, our readers, the little music freaks that we call our heart and soul. I’m still not used to the fact that we have some super fans (like we do in Chris Dodge, who has a personal collection of every issue of The Marquee in a binder). I guess I’m too self-deprecating to accept that anyone anxiously awaits our creative vision each month, but without your eyes on our pages, we’d be like trees falling in an empty forest. Thank you.