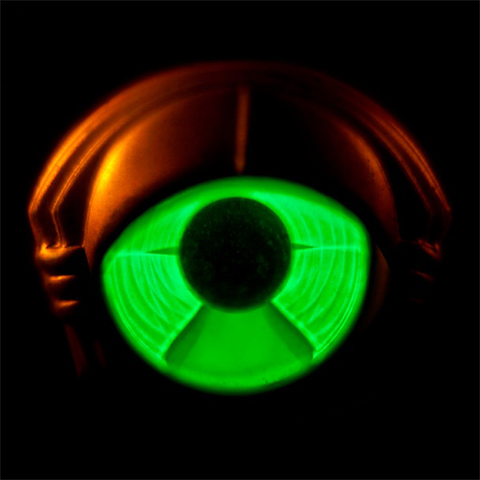 Early in their career My Morning Jacket was anything but subtle. Their breakout hit (if you will) “One Big Holiday” from 2003’s It Still Moves, is as understated as a train loaded with TNT, thundering down a mountainous canyon in a storm — it grabs listeners by the throat and demands immediate, full attention.

But even in those early days, when all of the band member’s hair was as wild and out of control as their music, the band hinted at something more than just rock and roll angst. The Jacket managed to incorporate so many different feelings, themes and vibes (often in the same song) that no one knew what to think of the Louisville, Ky. rockers. They’ve been called everything from “hillbilly hipsters” to “Skynyrd-loving rock revivalists,” to “the American Radiohead.”

I’ve always just thought of My Morning Jacket as rock and roll, in the same way I think of Neil Young as rock, whether he’s playing an acoustic guitar, or blowing it up with Crazy Horse. But now, eight years after “One Big Holiday” broke, the band has come out with one of their most indirect and subtle albums to date, Circuital.

Recorded in the gym of an old Louisville church, the album’s opening track  “Victory Dance” starts with a chorus of synth and horn sounds reminiscent of the cherubs in Disney’s Fantasia, who alerted the forest with melodic calls from their French horns.

The album’s title track “Circuital” is very reminiscent of their work on It Still Moves and sees the re-emergence of the band’s old-time silent partner — reverb. My Morning Jacket used to call reverb an actual member of the band, but in recent albums he’s made only occasional appearances. Reverb, coupled with acoustic guitars and soaring falsettos, make up the title track and several others on the album, including the amazingly gorgeous “Wonderful (The Way I Feel).”

The Jacket is always game for throwing one jarring track on each album and Circuital’s odd track is “Holdin On To Black Metal.” It’s this album’s “Highly Suspicious” (off of 2008’s Evil Urges). But unlike “Highly Suspicious,” which some reviewers said sounded like a bad version of Phish covering Prince, “Black Metal,” with an accompanying female choir, is spirited enough that the quirkiness of the song soon melts away to reval just a fun romp.

But truly the most alarming thing about this album isn’t some weird Jim James-inspired kookiness. It’s the fact that there is almost a complete lack of guitar solos. What’s more disarming, though, is the role of Patrick Hallahan — quite possibly the best rock and roll drummer currently playing. Hallahan has the chances on Circuital to show that he can keep a steady beat, but we already knew he could do that. What’s missing is him being let loose to assault his kit.

But, again, Circuital is all about subtlety, and big solos and assaulted kits aren’t very subtle. It almost seems like these days the Jacket has realized how dangerous rock and roll can be, and they now handle it with delicate reverence, but still manage to let the genie out of the bottle from time to time.

I long for the return of their rock anthems, but still find Circuital to be a phenomenal album.