Trending Stories from The Marquee
You are at:Home»Album Reviews»Buffalo Killers
By Marquee Magazine on July 1, 2011 Album Reviews, Brian F. Johnson 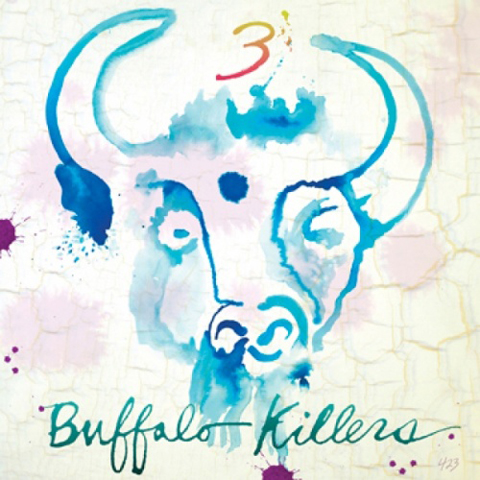 The first two Buffalo Killers albums sounded like a massive stampede by their namesake — loud raucous rock and roll albums that cut a swath in their landscape that was large enough to be noticed by the Black Crowes, who hand-picked them as a tour opener.

Their latest effort, appropriately titled 3, is however, a lot more like looking at an individual grazing buffalo than an entire herd on the move. 3 is at times graceful and serene, beautiful and calm, but the obvious power behind this beast is never for a moment forgotten.

It’s a very refined sound for this Ohio based retro-psychedelic power trio, who once released an admittedly “shitty” sounding audience recording as a bonus disc, just so people could hear the raw power of their live show.

From the rolling beat of the disc opener  “Huma Bird,” brothers Zachary and Andrew Gabbard set the pace of the album with a little less rock and a little more roll. That’s not to say that there aren’t heavy hitters on 3 and the first single “Circle Day” is a fantastic example of the Gabbard’s heavily harmonized trippy vocals. Several songs together, “Spend My Last Breath,” “Lily of the Valley,” “All Turn to Cloud,” and “Take Your Place” serve as the closest things to ballads that Buffalo Killers have ever written.

I love the change of gears for 3 and could listen to it repeatedly. It’s  truly some of the Buffalo Killers finest work, but I hope album number four cranks it back up again.