Trending Stories from The Marquee
You are at:Home»Album Reviews»Karrin Allyson
By Marquee Magazine on July 1, 2011 Album Reviews, Zack Sulsky 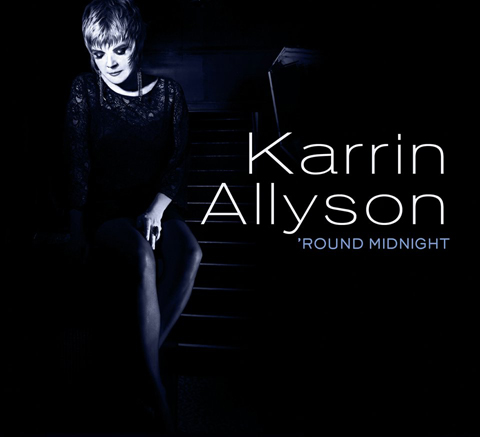 The newest effort from three-time Grammy-nominated jazz vocalist Karrin Allyson is an exercise in restraint. Composed entirely of ballads, ’Round Midnight is more than a mere title, it is an image expertly realized. In its minimalism, this album is richly evocative of a late-night set in some sparsely populated dive, with an expressive vocalist singing poignant songs directly to a solitary listener. Although she accompanies herself adeptly on nearly every track on piano or Rhodes, Allyson doesn’t do anything flashy. With the exception of the final bars of a few fadeouts, she doesn’t show off her notable scat chops as she has on earlier releases. Instead, the focus here is on delivering meaningful songs with the sincerity that they deserve.

Allyson draws on material from a wide range of sources, from jazz standards like the ubiquitous Thelonious Monk title track and Duke Ellington’s “Sophisticated Lady” to Broadway classics like Stephen Sondheim’s “Send in the Clowns,” to a uniquely groovy version of the Simon & Garfunkel classic “April Come She Will.” With such variety, this album easily could have felt disjointed, but it is all held together by Allyson’s marvelous phrasing, drenched in honest heartbreak throughout, but with a certain optimism just below the surface.