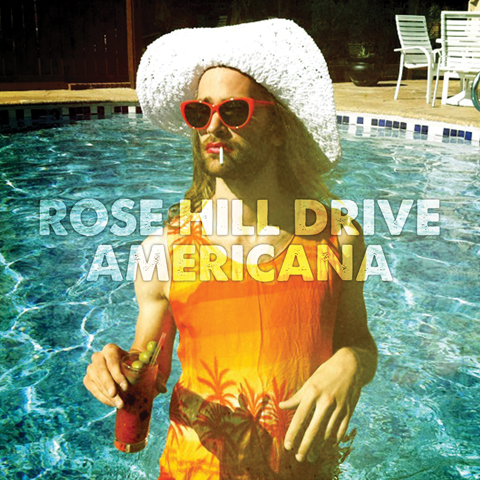 People keep saying that Rose Hill Drive is back, but that’s a pretty misleading statement.

Rose Hill Drive ‘2.0,’ however, which came out after a two-year dormancy and showcases the band as a quartet, versus their power trio  roots, is a different beast altogether, and their newest release Americana is a testament to that.

From their very first EP Rose Hill has been compared to classic rock heroes and their songwriting and entire style was centered around that. But the addition of bass player Jimmy Stofer has allowed the brothers Sproul to explore and interpret their influences more in their own way, rather than parroting said influences. With that thought in mind, Americana could well be the most “real” Rose Hill Drive album to date.

The fast-tongued lyrics of the opening title track set the pace of the album and the following two tracks, “Telepathic” and “Baby Don’t You Know Your Man,” reiterate the band’s desire to play more contemporary rock and roll, while still keeping some of the elements that made our jaws drop when they first broke onto the scene.

Simply put, Rose Hill Drive can play the shit out of Led Zeppelin material. No one has ever questioned that, but regurgitating the sound of that bygone band isn’t true to the musicianship and the individuals who make up the band. Americana is them saying, “Wait. This is us.” —  Brian F. Johnson