Trending Stories from The Marquee
You are at:Home»Album Reviews»Ultraviolet Hippopotamus
By Marquee Magazine on July 1, 2011 Album Reviews, Jeffrey V. Smith 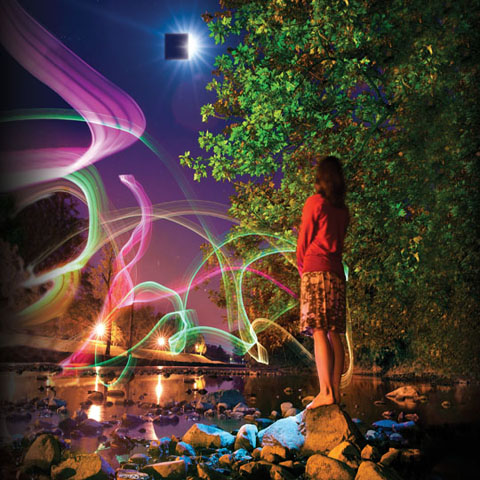 Square Pegs Round Holes, the latest release from Michigan’s Ultraviolet Hippopotamus, is like a breath of fresh air — in more ways than one.

The ambitious disc of all-original, gloriously infectious music is a fine studio album recorded by an act branded as a jam band. It effortlessly takes the listener on a journey through the high-spirited musical world of Ultraviolet Hippopotamus, highlighting the act’s clever compositions and its musical and stylistic versatility.

The band’s spontaneous musical personality showcased on the album includes a captivating mixture of psychedelic and jam rock, reggae, bluegrass and electronica elements filled with soaring crescendos from guitar and keyboards, intricate jams, and stellar vocals and songwriting.

Ultimately, the music on the disc transports listeners with interesting arrangements, surprising twists and turns, well placed transitions and, of course, a perfect amount of jam.

Square Pegs Round Holes is a breath of fresh air in a more figurative sense as well. The album kicks off with “Giants,” a song filled with such musical jubilation and pure-sounding vocals, that it’s reminiscent of taking a deep breath of clean, crisp air. The effect continues through the three opening tracks, all of which segue together to create a jamband tour de force and distinctive sonic journey.

By the time the listener has heard the dazzling “Bob the Wonder Cat”  — which features sweeping, swirling keyboard solos and sensitive piano breaks coupled with heavy guitar jams set against clean vocal work and tight, intricate rhythms — and the quirky title track, which round out the opening trilogy, the band’s talents and musical flexibility are overtly evident, and the listener’s interest more than piqued.

Throughout the disc, the listener is treated to a smorgasbord of music including an athletic, high energy, bluegrass-inspired romp on “Run Rabbit Run;” a dirty, jamtronica vibe on “TIJ;” reggae and Caribbean flavors on “The Scar;” and an epic mind-melt during 12 minutes of “Medicine.” No matter the influences, all of the music on the album flaunts what Ultraviolet Hippopotamus does best: taking conventional musical ideas and compositions, twisting them into unexpected places, and slowly polishing and molding them into magnificent musical gems.      — Jeffrey V. Smith