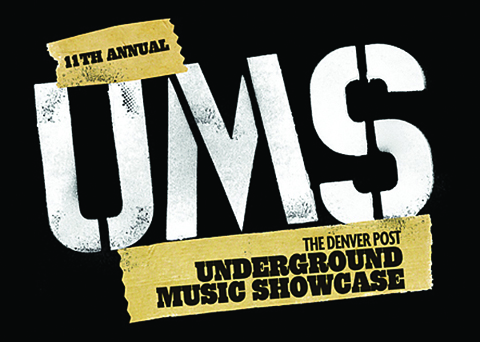 The 11th annual Underground Music Showcase (UMS) is no longer quite so underground. Since its first year in 2000, UMS has grown from four bands and one venue to over 300 hundred bands and 25 venues. The Showcase now rightfully boasts about being one of the largest indie festivals in the western U.S. This time around, UMS will host 325 local and national bands from July 21 to July 24. Festival attendees will experience the music of some well-known bands as well as become familiar with up-and-coming local indie artists.

A complete schedule was not available as of press time, but the following are some acts The Marquee feels are absolute ‘Must Hears.’

Corey Teruya, the guitarist and frontman of the Denver indie outfit Hello Kavita is an avid fan of the classic rock of the 1970s, and it shows. Indeed, there is a timeless quality to his songs, which range from understated to grand, while always remaining genuine and warm. His modest voice is as much at home among rich, layered electric guitars as it is with a string section, or with only his own guitar. It is hard not to be charmed by Corey Teruya, and his more restrained sound should be a welcome set amidst the noise of other performers at UMS.

Combining lush electronic arrangements with low-key vocals and soulful grooves, 200 Million Years does not shy away from experimentation. On their eponymous EP, self-released last year, the genre-bending trio showed a flair for the sort of dynamic, unconventional songs that one can only hope to expect from a group so eclectic in its background and influences.

Denver’s Houses is redefining what it means to be versatile. The band fluidly changes with ease  from outlaw tales like “Red Feather,” an esoteric organ lick from their 2009 EP Fall, to “Your Ghost,” a sentimental piano tune in minor key, released last December. Singer and pianist Andy Hamilton sounds like a hybrid of Thom Yorke and a soft-spoken vagabond muse, spinning tales around a campfire. Overall, the sound of the group’s acoustic strings layered with horns, percussion, and electronic effects make for a creative must-see performance. Next month, the band will release its EP Winter, the fourth and final installment of their seasonal EPs.

Whether covering CAKE and Queen or playing their own tunes, these boys put a twang into underground music. Keeping an upbeat attitude and a sense of humor, Cake Boy, Danger Boy, and Fire Beard draw smiles and cheers with two acoustic guitars, a stand-up bass, and nicely harmonized vocals. With a love of country women and funny nicknames, this group is sure to provide timeless down-home entertainment.

All These Billions is a Denver-based four-piece that incorporates elements of electronica and blues into their rock-based sound. Formed in September, 2010, the group has spent the last eight months emersed in three-day-a-week rehearsals forging their musical direction and unique sound, which both Plato and Carl Sagan probably would have enjoyed. They will be playing on July 22 and look forward to finally being able to use their fog machine.