Trending Stories from The Marquee
You are at:Home»Cover Story»Andrew Bird gets set to release his third album in three years
By Marquee Magazine on August 1, 2011 Cover Story, Features, Interviews, Zack Sulsky 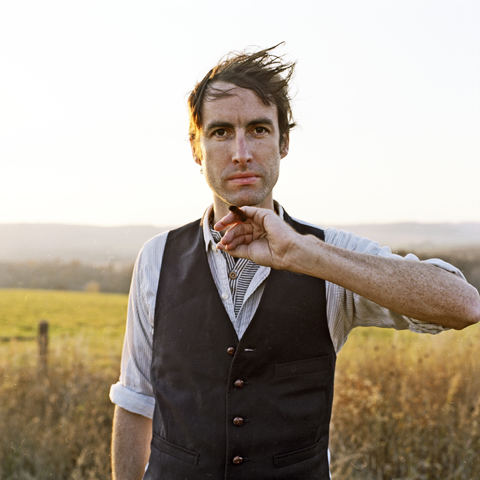 When Andrew Bird began his musical education at the age of four, some thirty-four years ago, a Cracker Jack box with a ruler taped to it stood in for a violin in his first lesson. Taught in the Suzuki method, Bird learned first without even touching an instrument, then completely by ear for over ten years, a style of education that still informs his approach to music.

“It was just like I was picking up a folk tradition,” Bird said in a recent interview with The Marquee. “It just happened to be classical music.” Bird is grateful for the approach, saying that when children under five years old, who are still learning language, are taught music, they learn music like a language, making the transition into creative and improvisational styles more natural. In the decades since beginning his studies, Bird has become a bilingual poet, crafting both music and lyrics with eloquence, performing everywhere from Bonnaroo to Carnegie Hall along the way.

During his mid-twenties, after absorbing everything from classical music to early jazz to folk traditions from around the world, Bird reached a turning point when he “stopped using other people’s music as a textbook,” and started making his own.

He decided it was time to “strip away the style, strip away the references, strip it down to the basic elements.” For his first solo release Weather Systems, Bird challenged himself to write a song free of stylistic ornamentation or embellishment. “I said, ‘You have to write a song with only two chords and only two notes in the melody and make it compelling,’” explained Bird. The self-referential song that resulted, “Lull,” gives an early example of the acutely literate and thoughtful music that he has been creating ever since — elegant in its simplicity while retaining the virtuosic violin work he honed in his formative years.

When it comes to songwriting, Bird takes a novel approach.  Although he says ideas for both melodies and lyrics are always floating around in his mind, he never writes down or records these nascent ideas.  Partially due to the nature of his early education, and partially as a “quality control method,” he only uses ideas that reoccur to him and stick in his head, figuring that a melody that he writes and forgets will just as easily be forgotten by listeners.  Indeed, Bird’s melodies and lyrics are as memorable as they are distinctive.

Since Weather Systems, Bird has released four acclaimed albums, including a pair of recent records: Noble Beast and Useless Creatures, released in 2009 and 2010 respectively. On the former, Bird continued in the same vein as his earlier work, a style that he reluctantly terms “experimental pop.”

Noble Beast is driven by multi-tracked pizzicato violin loops, strong melodies, tasteful acoustic guitar work, some of the finest whistling you will ever hear, and features lyrics ranging from the obtuse (“From proto-Sanskrit Minoans to Porto-centric Lisboans, Greek Cypriots and harbor sorts who hang around in ports a lot…”) to the profound (“Under the elders/the older get younger/the younger get over/over their elders”).

The companion album Useless Creatures is a different animal entirely. Growing weary of the “noble restraint” required of making a pop record composed of concise songs, Bird eliminated the lyrical element, creating what he calls a more “indulgent” record. The concept is, according to Bird, “not unlike some electronic dance music, only with woody, grainy sounds rather than the perfect sine waves of a synthesizer.”

The result is a far cry from what the self-deprecating title might imply — it is a window into an immensely creative mind, and a showcase for the instrumental exploration Bird had downplayed on his last few albums.

For those who have seen Bird live, however, Useless Creatures will feel like less of a departure.  In his solo shows, Bird makes extensive use of analog looping, using the combination of violin, guitar, glockenspiel, and his voice to build soundscapes of orchestral scope, all arranged on the fly. Wary of shows in which a band sounds like they are playing their records by rote, Bird never considers his songs to be finished, and lets them develop and grow with each performance.

Since the release of Useless Creatures, Bird has begun work on a new project, which finds a middle ground between the structure of Noble Beast and the freedom of Useless Creatures. “There’s a lot more improvising, and let’s just say, ‘jamming’ on the new record,” said Bird. His upcoming Arvada and Boulder dates will be among his first opportunities to play the new material, which he describes as a little dreamy and strange. “There will be a lot of trying things for the first time, which I enjoy doing under pressure,” he said.