Since its inception seven years ago, The Bohemian Nights at NewWestFest has grown into a cultural phenomenon and one of Colorado’s largest free music festivals. This year’s event features over 80 of the best acts Colorado has to offer, as well as nationally renowned headliners G. Love & Special Sauce, Tedeschi Trucks Band, and Asleep at the Wheel, all performing on six outdoor stages in downtown Ft. Collins over three days.

Below are some of the musical acts The Marquee considers to be essential listening. 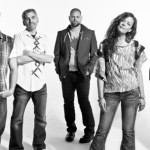 Like the name implies, John Common & Blinding Flashes of Light is a group with remarkable power. But unlike the frontman’s name implies, the group and how it came to be is anything but common. After playing distorted electric guitars for decades, Common changed directions in 2007, turning to a country-influenced acoustic sound, and enlisting a fine band including harmonist Jess DeNicola and the unconventional addition of a cello. The result is a unique (and uniquely big) sextet sound, driven by excellent vocals and hook-minded songwriting.

The Fox Street All Stars are a rock and roll quartet known locally for their unrelenting live schedule and equally unrelenting energy. They count the music and culture of New Orleans as a primary influence, and their annual trip to the New Orleans Jazz Festival continues to inform their bluesy sound. Fresh off the release of their debut album, Welcome to Mighty Pleasin’, the Fox Street All Stars have launched their first national headlining tour, including a stop at Bohemian Nights.

Co-led by guitarist, vocalist, and songwriter Mike Finders and a pair of Youngbergs (Aaron on banjo and Erin on upright bass), Finnders & Youngberg is a gem of Colorado’s progressive bluegrass scene. With Finders’ (whose name is pronounced finn-ders, hence the spelling of the band name) award-winning songwriting chops and a virtuosic band also including Rich Zimmerman on mandolin, standout fiddle player Ryan Drickey, and plenty of vocal harmony, listeners can expect intricate and intelligent music.

Performing under the moniker The Chain Gang of 1974, singer/songwriter and multi-instrumentalist Kamtin Mohager fuses tapestries of electronic sound with boldly personal lyrics, revealing an eclectic range of influences and a deeply experimental sensibility. His new CD Wayward Fire is self-described as “all over the place,” and indeed it contains everything from unadorned ballads to booming electronic numbers, showing Mohager’s ability to form a one-man gang that refuses to be pigeonholed.

Hailing from rural Missouri, Nathaniel Rateliff is a singer/songwriter of superb talent and extraordinary restraint. His distinctive and memorable songs range from the quietest introspection to intricately woven platforms for him to let loose and wail. And while Rateliff’s material runs the emotional gamut, it always feels authentic. Rateliff has two full-length albums to his name, as well as the new Shroud EP, each full of compelling songs and recorded with a fitting balance of sparseness and warmth. He will perform along with his backing band, Fairchildren, who lend country harmonies and majestic arrangements to Rateliff’s often understated songs. 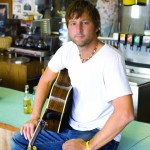 A veteran of  Boulder-based Acoustic Junction, Reed Foehl has traded in loose, extended jams for an intimate folk-rock style since going solo in 2004. Each of the three albums he has released since then has been met with wide praise, and his candid and melodic songs are heard frequently on television and radio. Foehl’s tender voice and heartfelt delivery are reminiscent of Neil Young, and like Young, Foehl understands that a whisper can speak volumes louder than a shout.

Led by a pair of Denver natives, Nathaniel Hammond and Chris Heckman, both playing synthesizers, The Epilogues are not your typical indie rock band. By forsaking guitar in favor of a near limitless supply of unusual keyboard sounds, adding Jeff Swoboda’s thundering bass lines and the cascading cymbal and drum work of Jason Hoke, The Epilogues sound like a band constantly searching — and constantly finding new sonic territory to explore. Decades after it came and went, the synth-rock of the 1980s is finally getting its Epilogue.

Combining funk influences and modern dancehall beats with feel-good lyrics, Bop Skizzum is a dance band through and through. Released last year, their first EP Beauty Queen showcased vibrant lead vocals from Erin Jo Harris, a strong horn section, tight arrangements, and a healthy dose of groove, but this is a band tailor made for energetic live performances.