Trending Stories from The Marquee
You are at:Home»Festival Coverage»NedFest soldiers on into its 13th year with Leftover Salmon at the helm
By Marquee Magazine on August 1, 2011 Festival Coverage

NedFest is a backyard keg party that’s gone nuts. In its 13 year history the little mountain festival that could, has brought legions of jam and bluegrass artists to the shores of Barker Reservoir — the festival’s home since 1999.

With jam and bluegrass roots running deep in the town of Nederland, this festival almost seems like a Ned showcase, and in fact, it kind of is, except for some of the national acts. But year in and year out, NedFest proves that the town of Nederland is a haven, not just for musicians, but for top-notch musicians, who feed off the beauty of the mountain surroundings to create their art. 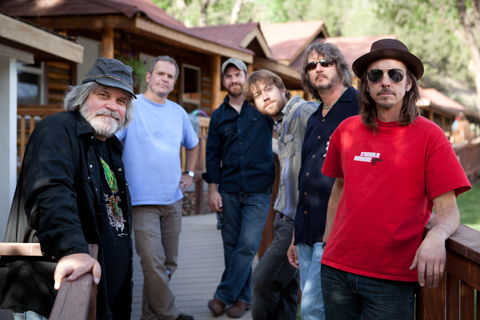 They’re the absolute epitome of NedFest. The pioneering spirit of Leftover Salmon, long ago, launched them way above and beyond the Nederland scene. But even while Leftover Salmon has seen massive success around the country, they still call this area home and they give back by continuing to be involved in the scene that spawned them. For years, they’ve lived by the phrase popularized by their departed friend and co-founder, banjoist Mark Vann, who said, “Go big or go home.” Leftover doesn’t know how to do anything but go big, and watching that happen is monstrously fun.

After 10 years of evolution from their humble beginnings in Chicago, Ill., this group’s fun brand of dance-grass has gained a loyal following. The band recently released its first live album Live in Chicago, but it was their 2003 album Tales from Magic Stone Mountain that was picked up by college and AAA radio stations throughout the country. Like festival headliners Leftover Salmon, the band follows in the footsteps of genre bending characters like John Hartford and New Grass Revival, which honor traditional bluegrass, but also throws the rules out the window. 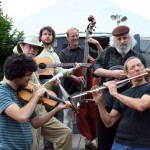 Forty-five-year mandolin veteran David Grisman counts Bill Monroe, “the father of bluegrass,” as one of his greatest idols. Perhaps best known for his work with Old and In the Way, a group he formed with Jerry Garcia in the 1970s, this virtuoso has been nominated for five Grammy awards since 1990. Most recently, he released David Grisman’s Folk Jazz Trio with his son Sam, a bassist, and guitarist Jim Hurst. An excellent choice for any serious bluegrass lineup, Grisman will be joined at NedFest by bassist Jim Kerwin, flutist Matt Eakle, percussionist George Marsh, guitarist Grant Gordy, and fiddler Mike Barnett, for this special sextet set of “Dawg” music.

When Leftover Salmon’s Vince Herman met keyboardist Chad Staehly at a Rainforest Action Group benefit concert in Boulder in 2005, they thought they would create the perfect local supergroup — a country rock jam band in the tradition of the Grateful Dead and New Riders of the Purple Sage. After seeing some early lineup changes, the band has solidified with a crack set of musicians, including the former rhythm section of the local Phish tribute band Phix. 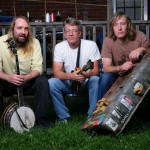 Lawrence, Kansas’s own Split Lip Rayfield might be the only band with a gas-tank bassist, playing a handmade, recycled-junk instrument right onstage, and that, simply put, only works because of Split Lip’s punk-grass take on Americana. The band has vaulted over hardships, including the loss of  founding member and guitarist Kirk Rundstrom in 2007, and carries on with a firm ‘what doesn’t kill us makes us stronger’ ethos. It’s that spirit that makes them a fine fit to NedFest.

Originally from Manassas, Va., Larry Keel received widespread recognition in bluegrass circles after winning the Telluride Bluegrass Festival guitar competition in both 1993 and 1995. Keel frequently plays with such greats as Jorma Kaukonen, Keller Williams, members of Yonder Mountain String Band, the String Cheese Incident, and Leftover Salmon, as well as his wife Jenny and brother Gary, who taught him to play. Last year, he released the album Thief with Keller and the Keels.

Their performance at NedFest will be a reunion show for this longtime Colorado favorite. Formed in 1996, the band released two CDs and gained a national audience over the course of five years, before band members went their separate ways to explore other projects. Bringing them back together for this show is a testament to the fabric of the community that NedFest has woven itself into. 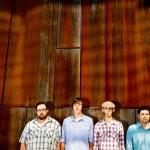 A young and talented group, Head for the Hills was recently named the “Best Bluegrass Band” in Colorado by Westword — no small feat when you consider the number of bluegrass bands in the area. The band’s 2010 self-titled release made the CMJ top 200 national radio listings and ranked number 29 on Colorado Radio’s “Top 50 Albums of 2010.” Their unmistakable skill and momentum encouraged Leftover Salmon’s Drew Emmitt to become their producer and String Cheese Incident’s Bill Nershi to let them record in his Sleeping Giant studio.