Trending Stories from The Marquee
You are at:Home»Album Reviews»Tommy and the Tangerines
By Marquee Magazine on August 1, 2011 Album Reviews, Brian F. Johnson 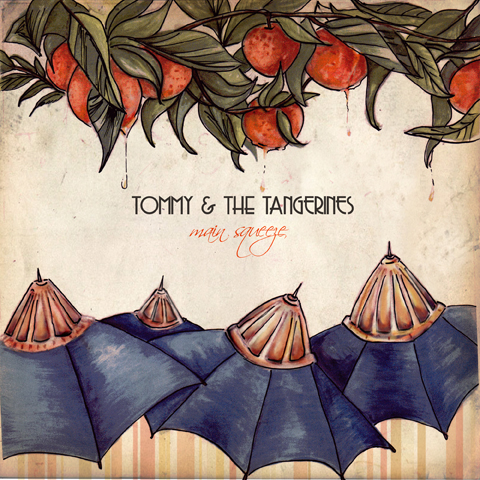 The Denver/Boulder six piece rock band Tommy and the Tangerines is following in the steps of great barroom rock, a la The Hold Steady or Lucero. While the Tangerines have a much poppier sound than those other bar rockers, their tracks exude drink-raising sing-alongs and this new EP gives a peak into the bar, without having to deal with the annoying drunk people.

The album’s second track, “Face,” is a soulful, goodbye tune that may be one of the best break-up songs since GnR’s “I Used To Love Her.” The closing track, “Really Long Time,” blends blue-eyed soul with Hüsker Dü raucousness and begs listeners to add their voices to the chorus.

Main Squeeze is a solid piece of work with clever songwriting and dialed-in musicianship. Unfortunately, however, the mastering of the album does not stack up to the same level of care. It’s a shame that the band put in so much effort on the rest of the piece, but let the final wax and buff come out somewhat lackluster. That doesn’t take away from the songs here, but it does not allow the listener to crank some of these very crankable songs.    — BFJ