Trending Stories from The Marquee
You are at:Home»Album Reviews»Gary Clark Jr.
By Marquee Magazine on September 1, 2011 Album Reviews, Jonathan Keller 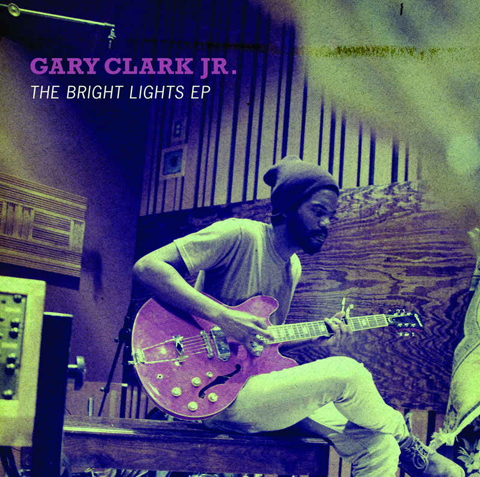 Gary Clark Jr.’s sole musical mission is to keep the blues tradition alive and well. His major label debut, The Bright Lights EP, is a four-song powerhouse of dirty rock and roll with gritty blues grooves, sly lyrics and screaming guitars that should plant him at the top of the modern blues flow chart.

Clark has been something of an underground success story for the past decade. The 27-year-old’s Austin, Texas roots afforded him the ability to discover and foster important relationships in a community where the love of blues runs deep. Clark began playing guitar at age 12 and started gigging in his teens, eventually meeting Clifford Antone, owner of the Austin blues club Antone’s—where Jimmie and Stevie Ray Vaughan showcased their chops. Antone took Clark under his wing and helped his musical growth enough to see the mayor of Austin declare May 3 as Gary Clark Jr. day (Clark was 17 years old at the time).

Perhaps Clark’s biggest break came in 2010 when he was hand-picked by Eric Clapton to be a performer at the Crossroads Guitar Festival, performing his own set and also sitting in with both Clapton and Sheryl Crow. This appearance, combined with the strong independent release of his EP, Gary Clark Jr., eventually led to his signing with Warner Bros. and the release of his major label debut, The Bright Lights EP.

Clark’s latest EP is a short affair, four songs that could be grouped into two separate, two-song sides. The first two tracks are easily the highlight of the EP, featuring full-band electric blues swagger. The opening track, “Bright Lights,” is a slow dirty blues number that features swirling guitars, spiteful lyrics and snapping lead guitar licks. It’s very reminiscent of the dark and brooding feel Buddy Guy achieved on his 2001 album Sweet Tea – slow blues tracks that were dirty, powerful and downright mean. The EP’s second track, “Don’t Owe You a Thing,” is a blues shuffle with an infectious beat, guitar line, and vocal chorus where Clark sneers, “We ain’t getting married / I ain’t buying you a diamond ring / It’s alright.”

The EP’s next two tracks, “Things Are Changin’,” and “When My Train Pulls,” seem out of place as they are both recorded live and feature Clark performing solo with an electric guitar. They aren’t recorded very well and frankly, are the weaker songs on the EP – coming across as more R&B than bluesy.                                 — Jonathan Keller