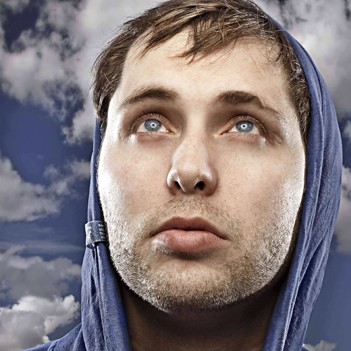 “I Know The Truth,” the new single from Pretty Lights, was released today. Fans can download a free 320 kbps MP3 version of the track at www.prettylightsmusic.com

“I Know The Truth,” which received its debut performance at the 2011 Bonnaroo Music & Arts Festival, is Pretty Lights’ most dubstep leaning track to date. To record the single, Pretty Lights’ Derek Vincent Smith took a new approach: he and the musicians that appear on the track began work in an analog studio, where, for the first time ever, he recorded everything but the vocal sample live. He then cut the session to vinyl and proceeded from there.

“With the track ‘I Know The Truth’ I wanted to try to fuse the emotion of dark 60’s soul music with the energy of raw bass heavy dubstep,” says Derek Vincent Smith.  “All the instruments were recorded to tape and then pressed to vinyl and then sampled for the sole purpose of attaining a warm organic timbre, and all the bass and synth sounds were reprocessed through analog synth modules to get a dirtier and at the same time warmer tone.  It’s my first attempt at producing in a new style I like to call analog electronica.  It’s modern electronic music production created with an approach based on techniques from 40-50 years ago.”

Pretty Lights, which launched an extensive U.S. headlining tour last week, will play the Austin City Limits Music Festival this Friday, September 16. With an arsenal of brand new electro-hiphop-soul songs and its most sophisticated light and visual show to date, the fall outing features the biggest stage production that an independent artist has ever brought on tour. Pretty Lights’ spring run earned a spot on Pollstar’s Top 50 grossing concert tours chart and was followed by summer appearances at Lollapalooza, Bonnaroo, Glastonbury, Identity, Norway’s Oslo Live and Poland’s Audioriver.

The new video “Pretty Lights vs. Led Zeppelin” is a genre-bending remix that samples pieces of seven Led Zeppelin songs and reflects them through a prism of hip-hop, classic rock, downtempo, and dubstep. It was filmed at Pretty Lights’ recentsold-out shows at The Fillmore and Red Rocks Amphitheatre in Colorado. You can check it out at:

Derek Vincent Smith is the innovative electronic music producer behind Pretty Lights, which has given away more than 1.9 million free album downloads to date and averages 20,000 paid iTunes downloads each month.