Trending Stories from The Marquee
You are at:Home»Album Reviews»Ryan Spearman
By Marquee Magazine on September 1, 2011 Album Reviews, Brian F. Johnson 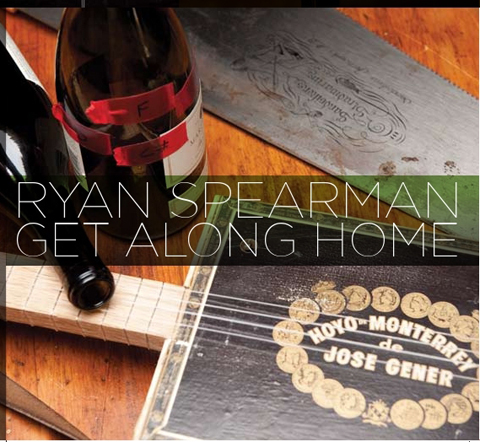 Multi-instrumentalist songwriter Ryan Spearman used to reside uphill in Nederland and years ago fronted the old-time band High on the Hog.

For several years now, he’s been in St. Louis, and to say that he took some of Boulder County’s green ingenuity with him to the Midwest would be an understatement.

Spearman has just released Get Along Home, an album that consists entirely of instruments made by local luthiers as well as homemade instruments built from recycled, found and re-purposed items like cigar box fiddles, bucket slides, suitcases and pizza boxes, among other items.

In a press release that accompanied the album, Spearman, the founder of the organization The Green Strum Project wrote, “It’s my hope that the album will not only entertain, but serve to inspire others to explore the opportunities that occur at the intersection of art and sustainability… to prove that art will not suffer, but rather prosper when subjected to the “limitations” of an idea like sustainable mindfulness.”

Called the “jujitsu master of folk” by The River Front Times, Spearman has found a way to update traditional music, without sacrificing the antique feel. Get Along Home is at times light and joyous, at other times, deep and thoughtful, treading a line that winds between old-time, bluegrass, country and straight-up folk.

It’s a delicate piece of work from a musician who thinks way beyond the notes he’s producing, and the entire package shines because of that.