Trending Stories from The Marquee
You are at:Home»Album Reviews»Mastodon
By Marquee Magazine on October 1, 2011 Album Reviews, Brian F. Johnson 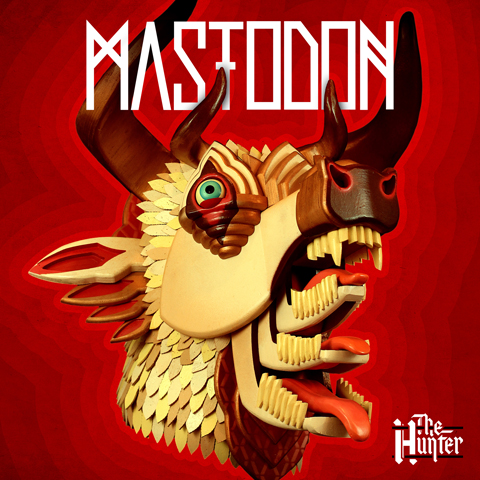 Mastodon is doing something that just a very few metal bands have ever done before — making fans out of those who don’t generally dig metal. Now, don’t take that statement the wrong way. Mastodon is not in any way turning down their ferocious assault. They’re not candy coating anything here, or for that matter even trying to be liked by all, but they’re playing some of the most intricate and vicious music today, and doing so with such precision that even people who don’t gravitate to the genre end up respecting and loving it.

The Hunter marks the band’s fifth studio album in their 12 year career — a career that started when drummer/vocalist Brann Dailor and guitarist Bill Kelliher met bassist/vocalist Troy Sanders and guitarist/vocalist Brent Hinds at a sludge metal show in Atlanta.

Mastodon is a big fan of concept albums, and The Hunter is only the second album by the group that is not a concept project, but the band has said in multiple interviews preceding the release that being free from a continual theme made the recording go much more quickly, while also breeding fun into the whole process.

While The Hunter doesn’t follow one conceptual theme it does, in fact, continue to focus on subjects that the band has more than dabbled in before. The album was nearly named Brother in honor of Hind’s brother, Brad, who passed away while hunting in 2010. Ironically, Crack The Skye — which was a concept album about the celestial adventures of a paraplegic boy in Tsarist Russia — was actually named after Dailor’s sister Skye, who took her own life at the age of 14.

Despite the heavy tone of the music, though, there are “lighter” moments on the album, moments that made Hind say, “It’s a jump-on-your-bed, get naked and go streaking kind of record.”

I’m not sure that description holds true for the whole album, but it certainly does for the opening track “Black Tongue” — a song that could have easily appeared on Crack The Skye, and does absolute wonders to showcase Dailor as one of the most magnificently proficient prog metal drummers in recent years. The title track is admittedly heavy, but may be the band’s best work to date, and it features one of Hind’s most crushing solos on the album.

With all of the accolades that have been hurled at Mastodon in recent years, there was trepidation for this album’s release — fear that the great beast Mastodon, may jump the shark (or jump the Megalodon, if you will). Luckily, however, it looks like the band is going to try to survive even longer than their namesake.              — Brian F. Johnson