Trending Stories from The Marquee
You are at:Home»Album Reviews»Wilco
By Marquee Magazine on October 1, 2011 Album Reviews, Jonathan Keller 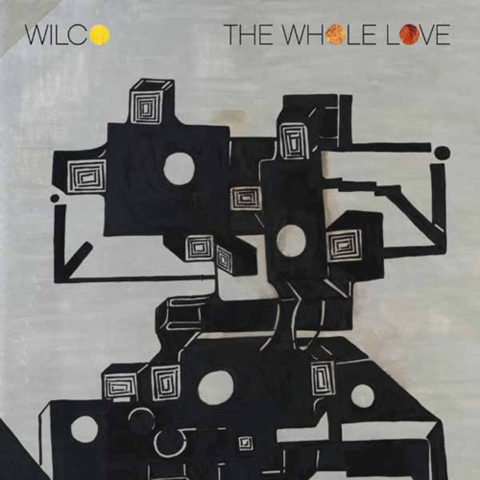 It would be so easy to give Wilco’s latest release a rave review — perhaps mention frontman Jeff Tweedy’s tortured songwriting prowess, make a few comments about the experimental pop sensibilities of the new songs and be done with it. After all, this approach has been the general outline most major publications have used for Wilco’s albums over the years. There is no doubt the band’s latest release The Whole Love is going to follow that trend and get a shit-ton of praise. However, this album is one that finally deserves the glowing high accolades. Simply put, it’s really fucking good.

Forced to compare The Whole Love to a previous Wilco album, I’d probably have to draw strong comparisons to Summer Teeth, mostly for the variety and upbeat nature of the songwriting but also for the instrumental arrangements and overall feel. Don’t let the album’s first leaked track, “Art of Almost,” fool you, The Whole Love is packed with perfect little four-minute alt-country-pop gems that are meticulously constructed and arranged. It almost seems like “Art of Almost” was placed at the beginning of the album so it wouldn’t disrupt the flow of the remaining songs. The track even sounds a little out of place when taking the album in as a whole. Don’t get me wrong, “Art of Almost” is sonically one of the most interesting tracks on the album, featuring a much-welcomed firecracker of a guitar solo from Nels Cline (he truly shines on this release). However, be prepared for the unexpected as the rest of the album unfolds.

If Wilco’s previous two albums, Sky Blue Sky and Wilco (The Album), seemed like a mishmash of songs strewn together for the sake of compiling an album, The Whole Love breaks that trend with a clearly defined and superbly constructed musical flow that runs the gamut of musical styles. It’s almost as if the band decided to make a truly fun album again and most of that is attributed to Tweedy’s songwriting.

The Whole Love features a songwriter who is most certainly on top of his game. Check out the bona fide radio single “Dawned on Me,” the 1920’s big band sound of “Capitol Swing,” the joyous pop perfection of “Whole Love,” and the melancholy country melody that carries “Black Moon” — the album is strewn all over the musical map yet it somehow works cohesively as both entertainment and a singular musical statement.

The Whole Loves’ acoustic tracks are also very noteworthy.  The previously mentioned “Black Moon,” and “Open Mind” are great down tempo country ballads and the Nick Drake-esque “Rising Red Lung” is perfectly placed on the stellar second half of the album.  However, the shining acoustic star is the album’s closing track, the 12-minute “One Sunday Morning (Song for Jane Smiley’s Boyfriend).”

Sonically, The Whole Love is damn-near perfect and giving the album a spin with some good headphones can truly show how much thought and effort went into the song arrangements and instrumentation. The album is an absolute joy to take in and let’s hope us Colorado folk will get to see these songs live when Wilco decides to visit the Front Range.