Trending Stories from The Marquee
You are at:Home»Album Reviews»Ryan Adams
By Marquee Magazine on November 1, 2011 Album Reviews, Brian F. Johnson 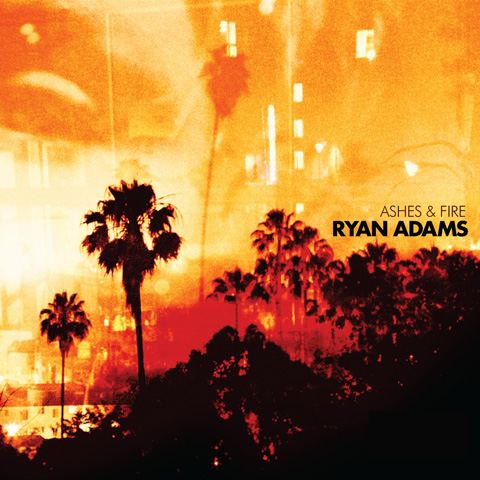 It’s been about two-and-a-half years since Ryan Adams “quit” music. But since March, 2009 — when Adams played his final show with his band The Cardinals at the Fox Theatre in Atlanta — the songwriter has issued two releases, Orion, a vinyl only, heavy-metal science-fiction album, and III/IV, a two-CD set of outtakes from Easy Tiger that his former label rejected.

Simply put, despite all of his gifts or maybe because of them, Adams, sucks at quitting.

Most suspected when he walked away that it wouldn’t be for good, and for those who have come to count on his prolific outpouring of songs, the releases that came while he was on hiatus weren’t giant surprises. What no one could predict, however, was how Adams would come back, and which style he would present upon his return.

Somewhat surprisingly, though, the North Carolina native has re-emerged with an album that is the closest thing to his amazingly beautiful solo debut Heartbreaker as anything he’s done since then. In fact, I think the title Heartbreaker II would have been as fitting for this release as the chosen Ashes and Fire.

From the moment that Adams hits an E chord to begin the opening track “Dirty Rain,” it’s apparent that Ashes and Fire isn’t one of Adams’ more esoteric pieces, but a return to the straightforward singer/songwriter genre that brought him initial notice.

Take away Adams’ quirkiness, his former struggles with addiction, his celebrity marriage, and at the root of it, Adams is a storyteller, and a damn good one at that. The phrasing he uses on Ashes and Fire, both lyrically and musically, is as compelling as ever (like on “Dirty Rain” when he cleverly sings, “Let the needle move the record round,” or on the title track when he explains, “Her eyes were indigo and the cats were all calico”).

Ashes and Fire was released on Adams’ own imprint Pax-Am, in conjunction with Capitol, and produced by the famed Glyn Johns, who has worked with more than a few heavy hitters, including Bob Dylan, The Beatles, The Rolling Stones, The Who, and Led Zeppelin, among others. Not inconsequentially, Johns’ son, Ethan, produced Heartbreaker.

While Adams’ acoustic playing is in the forefront of the album, he’s backed by a whole host of musicians, including his old friend Norah Jones, Gus Seyffert on bass, and Jeremy Stacey on drums. The question remains, however, if he needed a band to back him, why bring in new folks instead of continuing to work with The Cardinals?

Adams’ unpredictable nature almost makes you feel that any of the tunes could immediately turn into some crazed rocker without warning. But he shows incredible restraint throughout, and I think while that’s a huge part of the beauty on this album, it’s also the only mark against it. As moving as these songs are, and as wonderfully delivered as they are, Ashes and Fire highlights, to me at least, how much more powerful Adams was when he was with The Cardinals. I’ve always enjoyed the singer’s more contemplative pieces, and his subtle but immensely skilled acoustic playing, but hearing him transform those songs into anthems with The Cardinals, is where Adams would shine the most.