Trending Stories from The Marquee
You are at:Home»Album Reviews»Ryan Dart
By Marquee Magazine on November 1, 2011 Album Reviews 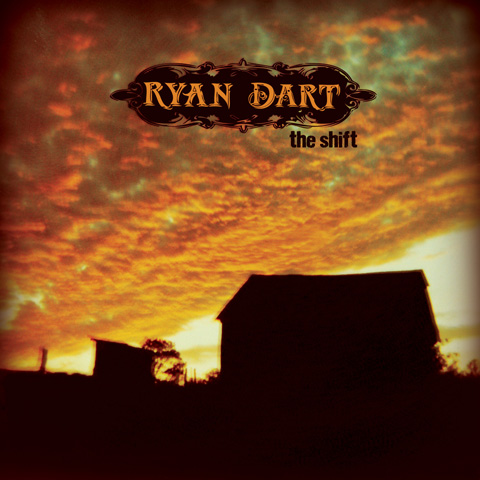 Ryan Dart has spent more than a decade behind the scenes in the music business. As a road manager, F.O.H. engineer and studio engineer, Dart has made it his mission to make other artists sound and perform well. All of that time behind the wheel and behind the mixing console has obviously given the songwriter and spiritual guru massive amounts of inspiration.

The Shift may be a debut EP for Dart, but it comes across like a release from a well-seasoned musician. From the travelogue-esque opening track “Arizona” to the Tom Waits-influenced “Sugar For Your Wine,” Dart utilizes wonderfully poetic lyrics coupled with simple, but still deep compositions. The track “Too Old,” which he co-wrote with his long-time friend Casey Fuller (of Fuller Audio), comes across like a lost Drive-By Truckers track — a great story, coupled with a twangy rock and roll base that never takes away from the songwriter’s original vision.

There’s something about Dart’s persona, musical approach and delivery that is very reminiscent of ‘The Dude’ from The Big Lebowski, but, dare I say, this release is way better than the album that Jeff Bridges, who played The Dude in the film, recently released. The Shift is honest songwriting, heart-felt messages and a little bit of “aw shucks” Southern storytelling, which all work together to make it a truly astounding debut.