Trending Stories from The Marquee
You are at:Home»Album Reviews»Thomas Dolby
By Marquee Magazine on December 1, 2011 Album Reviews 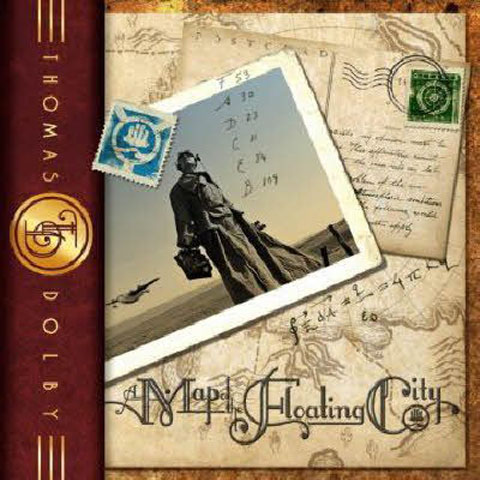 A Map Of The Floating City

Thomas Dolby will always be remembered for his 1980s hit “She Blinded Me With Science,” and while this new album won’t completely shake that lineage, it definitely outlines that the former new wave artist has left much of those years behind.

Dolby quite literally left performing for many years and worked in Silicon Valley as one of the inventors of musical ringtone technology for cellphones, but when he returned to England a few years ago he started work on A Map of The Floating City.

And project probably is a more appropriate term than album, because in addition to the music, Dolby has also created The Floating City transmedia game, which, unlike many games, fosters community and involvement, not solitude.

The album is said to be a travelogue across three imaginary continents. In “Amerikana” he reflects with affection on his years in the States and his fascination with roots music, and provides many of the highlights of the album. The next continent, though, “Urbanoia,” isn’t as friendly to Dolby and while he’s trying to create a dark unsettling place with the music, the tracks aren’t strong enough to hold up that theme. The contrast between the good tracks and the bad tracks on this are vast, and in the end, Floating City is found to be neither flying, nor falling.