Trending Stories from The Marquee
You are at:Home»Album Reviews»Big Gigantic
By Marquee Magazine on January 1, 2012 Album Reviews, Brian F. Johnson 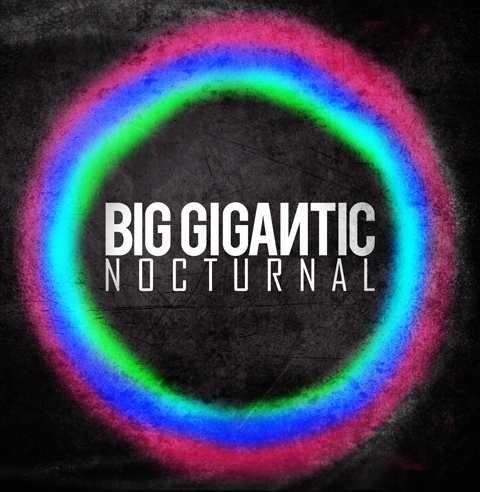 Every year since its formation in 2008, Big Gigantic has grown by leaps and bounds that are as large as the band’s name. And two weeks into 2012 the band will set the stage for yet another explosive year by releasing its newest studio effort Nocturnal.

The Boulder electronica duo, which the LA Times called “high-altitude club bangers,” have, since their inception, focused on interpreting traditional DJ-based music through live instruments, and it’s a formula that has propelled the group’s rise from small club gigs to massive festival and headlining spots. With this release, the group — made up of saxophonist/producer Dominic Lalli and drummer Jeremy Salken — stretches its influences even further into the DJ world by adding dub, hip-hop, funk and many other levels of electronic dance music.

Big G are masters of “the explosion” and the opening track “The Uprising” is a testament to that. Starting things off with a melodic synth line, the band quickly shifts through its lower gears and just after the one-minute mark Big G slams the turbo button with its beats, reaches its maximum volume output and hits its stride amidst a torrent of sounds that conjures visions of insane light shows and hands thrust toward the speakers.

So it goes for much of the album — melodic build to a climax, giant release and repeat.

Shockingly, throughout all of this, neither Lalli, nor Salken’s live instrumentation get lost in the production mix. Lalli, who last year told The Marquee, “I’m a sax player in a DJ world,” proves once again that he’s breaking new ground by fusing vibrant melodies and improvisational sensibilities back into electronic music. His playing is spot on, tastefully sparse at some moments, but dialed in throughout the disk. Likewise, Salken is a human metronome, comfortable whether the song is hitting only 50 beats per minute, or when it’s skyrocketing to 150 beats per minute or more.