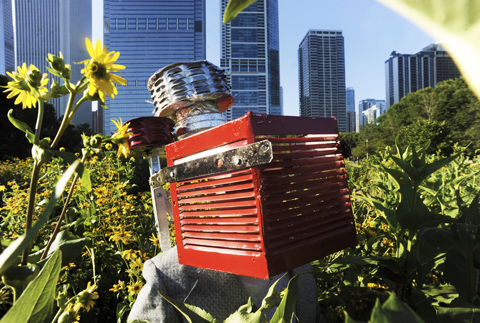 “Bill” of the great film(s) Kill Bill said the reason Superman was his favorite superhero was because Superman wore the costume of Clark Kent to blend in with the human race.

In the climactic scene of the movie, as a truth serum dart shot from Bill’s gun pulses through “Beatrix Kiddo’s” veins, Bill waxes poetic on the subject, saying: “Superman didn’t become Superman. Superman was born Superman. When Superman wakes up in the morning, he’s Superman. His alter ego is Clark Kent. His outfit with the big red ‘S,’ that’s the blanket he was wrapped in as a baby when the Kents found him. Those are his clothes. What Kent wears — the glasses, the business suit — that’s the costume. That’s the costume Superman wears to blend in with us.”

While, in fact, nearly the opposite is true in reality for Faceman, I suspect that somewhere when “Steve” — the lead singer/songwriter and creative force behind the group — was born, that a part of Faceman already existed. His name, Steve, and the business suit he wears by day, is, like Kent, some sort of shield, in an attempt to blend in.

“I go by Steve, everyone knows that at this point,” said FaceMan during a recent interview with The Marquee. “Still, in my mind it’s not me. It’s this dual personality that I have. It’s how I feel creative. It’s sort of like a catalyst for me, so I can get out of my own mind. It’s hard to live with yourself day in and day out. This is my way, for better or worse. FaceMan is definitely not me. I’m not Steve up there. I’m FaceMan on stage.”

Last year, FaceMan, the group, released its debut self-titled album and hosted a CD release party at the Bluebird Theater in Denver that was dubbed “FaceMan’s First Waltz.” The event featured over 30 musicians from around the Denver scene, including a full marching band. The concept was for FaceMan to sort of be the house band for the event, playing their new material, but also material from the other bands that were there. Now, one year later — almost to the day— FaceMan is releasing its second album, FeedingTime, and will host FaceMan’s Second Waltz at the Bluebird.

This time, though, the band is changing, albeit only slightly, the concept. “We learned a lot from last year. It was rough with all those people up there but I think it was well received. Last year, we’d play two songs of their music and then do two of ours. This year, we’re building mini supergroups so members of four bands or so will get up and play five songs together. There will be about 40 artists and we’ll probably play about 30 songs, and 20 of them with be FaceMan songs,” FaceMan said.

Among the guest musicians for the Second Waltz are members of (and remember this is just a partial list) Achille Lauro, The Knew, Brer Rabbit of The Flobots who will emcee the event, Boulder Acoustic Society, Hindershot, Wheelchair Sports Camp, The Outfit, Kyle James Hauser, Rob Drabkin, Jesse Manley, and literally dozens more.

The Denver-based trio that is the foundation of FaceMan started working on FeedingTime only weeks after the First Waltz, and FaceMan said that he hopes he can make it a tradition each year.

“We want to try to do a Waltz every year, which may be stupid (laughs), but I want to use it as a platform to keep releasing albums,” FaceMan said. “I know there is no money in them, but I don’t care. It’s way more valuable to me. I mean, you can blog, but isn’t it a lot more badass to write a fucking novel?”

Even more badass than that though, is FaceMan’s ability to create the artistic basis for the project and then hand it off to so many other folks, be they musicians, videographers designing the set backdrop, or even the Etch-A-Sketch artist and puppeteer who created the video for the song “Need.”

Need from FaceMan on Vimeo.

“There is literally no creative direction given to them. It’s liberating for me, but it’s probably liberating for them as well. When you’re playing in a band and all of the initial ideas are coming from one person, it can create some conflict. But they’ve been so open-minded that I’ve returned the favor,” FaceMan said.

He continued, “It’d be like having a chicken and raising this chicken from infancy until it gets to the point where it can lay an egg. And that’s kind of like your egg. And you give it to someone and say cook me a fucking omelette. That omelette could be burned or undercooked. But I  feel like if I cook that omelette, I know how I cook an omelette and that’s not exciting to me. It’s exciting for me to see what someone is going to do with the raw material. I think the best thing you can give to another artist is 100% creative freedom on whatever medium they’re working under.”