Trending Stories from The Marquee
You are at:Home»Brian F. Johnson»Erik Dyce to Launch indemandband.com at SXSW
By Marquee Magazine on March 1, 2012 Brian F. Johnson, Features, Interviews 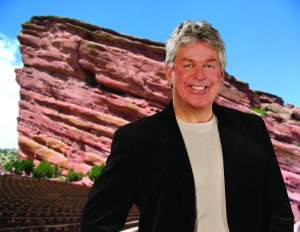 Every day, thousands of quality bands go unnoticed while, simultaneously, people looking to book talent for everything from wedding bands to corporate parties to nighttime club gigs, scratch their heads to find the right bands for their slots.

For Erik Dyce, the chief marketing officer of the City & County of Denver’s Arts and Venues Division, it’s a cycle that has gone on long enough. In April, Dyce will step down from the City after nearly 25 years, and immediately he will be putting to use knowledge he garnered over the last two-and-a-half decades to help change that lopsided struggle for bands that want to play.

Dyce wore a huge amount of hats in his time with the City of Denver, but his passion for the city’s most prized venue, Red Rocks Amphitheatre, and his vision that lead to the popular “Film On The Rocks” series, where local bands opened for blockbuster movies at the famed venue, all worked to help earn him the title “Mr. Red Rocks.”

His new work, however, might earn him a new moniker as the “Savior for Bands,” or hopefully something more catchy.

Last year, Dyce came up with the idea and offered a soft launch of indemandband.com. This month, at the hallowed industry conference SXSW, Dyce will officially launch the site and with that, hopefully change the way bands find talent and talent buyers find musicians.

“I’ve been around every sized artist for nearly 30 years, from the biggest acts in the world to the guys making a hundred bucks a night,” said Dyce in a recent interview with The Marquee. “And the machine is in existence for the big artists, who have managers and major agencies and promoters, but for the little guy, there is nothing.”

The concept for indemandband.com is simple: any band that makes $2,500 or less a night registers for free on the site by posting their genre, how much they get paid, and a video of two-minutes or less of the band playing on stage.

“With those three simple items a buyer, —whether they’re someone hiring for a backyard party, for a wedding, for a corporate meeting or for a club — can go on, pick their genre, their budget and hit search. This is a way that people can get found,” Dyce said.

While other sites connect similar dots, Dyce is quick to point out that indemandband.com is free, to both the musicians and the people looking for band, and he added, “I hope it stays that way forever.”

Dyce said that in his role as “Mr. Red Rocks,” bands constantly were asking him the million dollar question of “How do we get to play Red Rocks?” Dyce never really had a stock answer, since every band is different. “But what so many were really asking was, ‘What do we do next?’ and I think those that have the cojones to ask that question are bands that are already on the right path,” he said. “There are millions of paths and motivations for bands. For some, it’s to play Red Rocks, but you know, there’s also a gazillion ‘Dad bands’ in town and if they get to show up and play on stage then they’re happy. This is for all of those different kinds of bands,” he said.

While the beta version of the site asked for more information, Dyce said they scaled down the registration to keep it simple, so that bands didn’t have one more site to keep up with. The beta version was also Colorado centered, but the full version that is up now, and will be rolled out at SXSW is nation- and worldwide.

And while Dyce will be stepping down from his City post on April 6, like notes reverberating off the monoliths at Red Rocks, Dyce said, “I’m not fading away. I’ll still be plugged in heavily to the music scene.”