Trending Stories from The Marquee
You are at:Home»Brian F. Johnson»Gigging 1O1: Everything You Need To Know About Playing Gigs
By Marquee Magazine on March 1, 2012 Brian F. Johnson 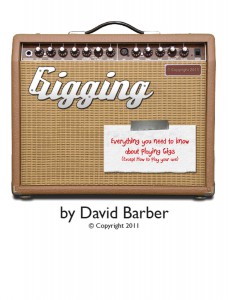 Everything You Need To Know About Playing Gigs

A great deal of David Barber’s new instruction manual Gigging 101 could have been filed under “Common Sense for Bands 101,” but nonetheless, there are tidbits included here that could be useful to many a local musician.

Barber, a Denver-based author and self-described music addict, does a good job at letting total newbies know what to expect when setting up or playing their first gig — particularly laying out the necessary open lines of communication so neither the band nor the venue are left at the end of the night feeling like they’re being gypped.