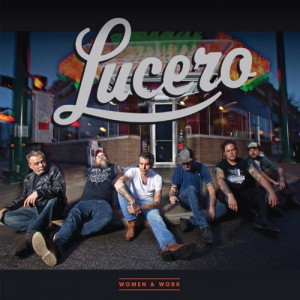 In 2005, in a heartwarming documentary titled Dreaming In America: a film about Lucero, the band’s frontman Ben Nichols holds his finger and thumb up and says, “We’re close, and I think we can do it.” Something about his delivery of that statement is so honest and sincere that it makes you want nothing more than for that to happen — for the band to get signed and break big, and finally be able to pay their bills.

Since that documentary, the band has released three albums, including the incredible Rebels, Rogues and Sworn Brothers, in 2006. They signed to Universal Republic Records, and they added two members.

Even though their name and fan base has grown, they’re still simply “close” and haven’t made it to the level of a group like Wilco, which they also talk about in the film. And unfortunately, the release of their seventh studio album this month, Women and Work, will most likely do little to change that.

It’s not that Women and Work sucks. It doesn’t. But it’s not as strong as Rebels, Rogues and Sworn Brothers, which should have catapulted the group way further than it did.

Women and Work continues building on a sound that the cowpunk-esque Memphis group first dabbled in on Rebels — a mix of barroom rock and E-Street Band melodies, that was way more accessible than their earlier more alt-country leaning records. Lead singer and songwriter Ben Nichols said the new album is “one part barrelhouse rock and roll and one part lonesome nights.”

Quite frankly, Lucero played this album too safe. There has always been this sort of implied danger with Lucero — as if the things that turn a rowdy night into a behind-bars kind of night are laying just under the surface.

While their songs are similarly themed as past records, which is good, the arrangements are almost too solid. Gone is the rawness and with it that oh-so-enticing level of danger of Lucero.

The songs are strong tales of drinking and women, but they fail to resonate in the way that the band’s earlier projects have. I don’t think Lucero has “lost it” by any means, but this album certainly isn’t their strongest work.                — BFJ