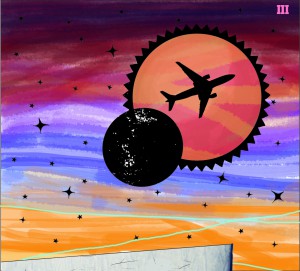 Following the “new model” of releasing EPs regularly, rather than LPs less frequently, Denver’s The Foot. has found a prolific vein that continues to pump out releases with fervor. In fact, they’re producing so much that late last month the group dropped two EPs, simultaneously.

The Crowd Control and The Cloud Control together add up to only six songs, but the distance that the group covers in those songs is vast. From “The Day We Danced Around Gold” to “A Parting Lesson,” on Crowd Control The Foot. travels from edgier alt-rock to indie folk, and does so with apparent ease.

Cloud Control, on the other hand, starts with an a-cappella riff, “Ignorance,” that eventually leads into “Daisy Baby,” which is fit for Warped Tour stages.

And that’s the magic of The Foot. — they’re poppy enough to acquire some mainstream attention, but alternative enough to still merit sincere street cred.