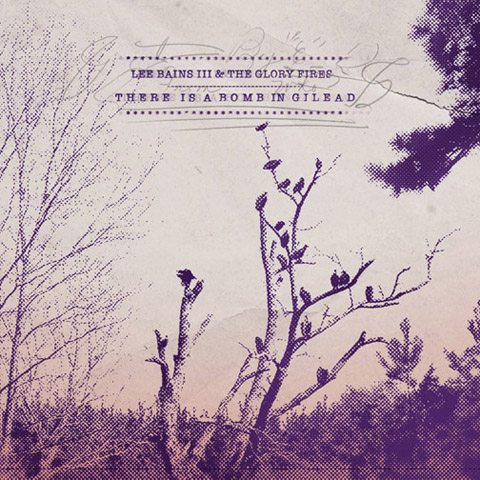 There Is A Bomb In Gilead

Lee Bains III is from central Alabama — Birmingham, to be exact — but the sound on his debut album with The Glory Fires is 110% Muscle Shoals, Ala. territory. At least it sounds that way. Despite the unfortunate fact that the album was actually recorded over the state line in Water Valley, Miss., the power, soul and vintage sound of There Is A Bomb In Gilead is indicative of recordings that have come out of Muscle Shoals Fame Studio by bands like Lynyrd Skynyrd, The Allman Brothers and more recently, Drive-By Truckers.

There Is a Bomb is a righteous ruckus that sits at the vanguard of the vernacular. The first 15 seconds of the album starts with a somewhat tacet guitar piece, before exploding into rock and soul for the next 38 minutes. Part of that explosion is no doubt due to the environs. Recorded in the south, but mixed in Detroit, the album straddles the Appalachian Mountains, with one foot in the Confederacy and one in the Motor City — or as the band’s label said, the album is where “Mississippi grease and Detroit grit” meet.

Each track is chock full of southern storytelling, but choruses give way to great anthematic singalongs. The track “Everything You Took” most perfectly shows the blending of styles. With a nostalgic, soulful verse, Bains sings about a failed relationship with mentions of lost Ramones t-shirts and Walker Percy books, before a blistering guitar solo gives way to a chorus as catchy as they come, with heavy background vocals and an optimistic sense of “everything is going to be okay.”