Trending Stories from The Marquee
You are at:Home»Album Reviews»The Swayback
By Marquee Magazine on April 1, 2012 Album Reviews, Brian F. Johnson 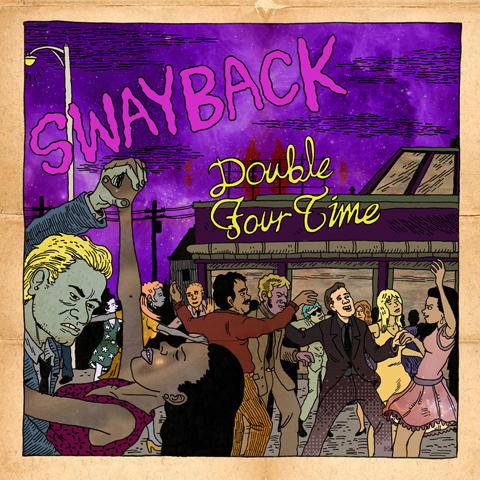 There are elements of The Swayback’s Double Four Time that (had they been around back then) seem as if the band should have been included on the Pretty In Pink soundtrack in the 1980s, or at a minimum, some tracks that would have ended up on Morrisey’s cutting room floor for being too energetic.

But just when listeners think they have the sound and style locked in, the Denver band throws out a song like “Gonna Walk,” overflowing with fuzz, soaring vocals by bassist/vocalist Eri Halborg, and a driving beat that would not have fit with any John Huges movie, ever. In fact, the magic of Swayback, which they do a solid job highlighting here, is that their songs range from the aforementioned Morrissey-esque to a title track that sounds like it’s from The Black Keys, to the album closer “What A Pity Now,” that’s a rocking, fist-pumping singalong.

The Denver group has already garnered massive attention and this album should help to keep that coming.