Trending Stories from The Marquee
You are at:Home»Brian F. Johnson»Colorado Smaller Festivals
By Marquee Magazine on May 1, 2012 Brian F. Johnson, Features, Festival Coverage

While the financially inclined might be able to attend a mega festival every weekend of the summer, in today’s economy, finding events that are a little easier on the wallet is a top priority.

With that in mind, The Marquee has selected a number of Colorado events that might not have the world’s biggest headliners, but they also don’t have ginormous ticket prices, either. Many of these events end up having a much more down-home feel, are more family oriented, and they don’t come with the commitments of time and money that the country’s big festivals do. 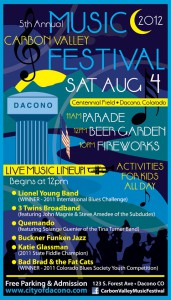 The Carbon Valley Music Festival turns five this year. The one-day event starts at noon and wraps up with a fireworks display at 10 p.m. Colorado musicians, the Lionel Young Band, Three Twins Broadband, Quemando, Buckner Funken Jazz, Katie Glassman, and Bad Brad and the Fat Cats are among the confirmed acts, as of press time. 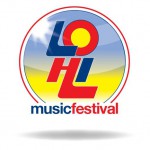 LOHI is a block party with a pulse. The event has been a two-day affair in years passed, but this year they will scale down to one day, and the pay-off is bigger acts. Performers include The Motet, Air Dubai, Euforquestra, and Filthy Children, with more acts to be announced soon. 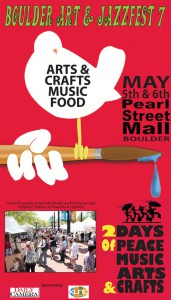 This street fair and art show will host standard Colorado bands like Lionel Young and the Leder Jazz Quintet, but it does so with a phenomenal mission. The proceeds of the seventh annual festival on Pearl Street benefit Olive Branch Ministries, which assist victims of extreme poverty in Uganda and Rwanda. 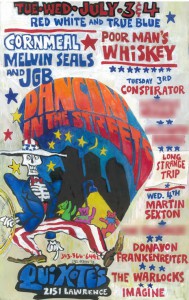 Dancin’ In The Streets: Red, White and True Blue

The folks at Quixote’s True Blue have never shied away from a party, and this two-day event, held on Lawrence Street out in front of Quixote’s will be a hippie haven in the middle of downtown. There are a few spots that they have been careful to not yet announce, but so far, they’ve released the fact that Melvin Seals and JGB, Conspirator, Martin Sexton and Donavon Frankenreiter will be on board, among others.

In recent years the ukulele has seen a massive resurgence, and a big part of that is due to the attention that Jake Shimabukuro has brought to the little instrument. Shimabukuro has snatched 10 million views on YouTube for his astonishing cover of “While My Guitar Gently Weeps.” But in addition to the Michael Jordan of the ukulele, Swallow Hill will also feature Nellie McKay, Aldrine Guerrero, Tina and Her Pony and many others, in this festival that is all based around that one happy instrument. 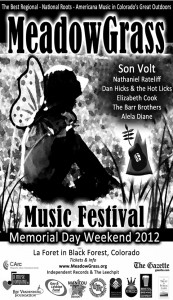 Just north of Colorado Springs, the LaForet Conference and Retreat Center sprawls over 400 acres of Ponderosa pine forest and scenic meadows — the perfect setting for a weekend of roots and Americana music. This year, MeadowGrass will come out of the gates strong with a headlining spot by Son Volt. In addition to that set, Colorado artists ranging from Nathaniel Rateliff to Moors & McCumber, to Jake Schepps and the Expedition Quartet, will flush out the weekend. MeadowGrass will also feature campfire sets for those camping on the festival grounds.

Campout For The Cause

Created in 2009 by Scotty Stoughton to benefit All Hands Volunteers, which continues to provide relief efforts in Haiti, and The Realm of Caring, which raises funds for an underprivileged kids camp at State Bridge, Campout for the Cause has become a massive weekend celebration. With headliners Elephant Revival, Bonfire Dub, MTHDS and the original members of Shakedown Street, plus a huge assortment of solid supporting acts, Campout for the Cause is the weekend festival with a heart and a mission. 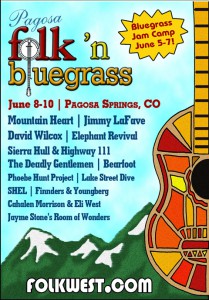 One of several events put on by the people at FolkWest, the Pagosa Folk ’N Bluegrass Festival has grown into a three-day event with monstrous picking appeal. This year’s lineup includes Mountain Heart, Jimmy LaFave, David Wilcox and many more. The event has many of the acts and amenities you’d find at bigger bluegrass festivals, but it manages to provide them while keeping the gathering as one of the most intimate in the state.

Tons of festivals claim to be family-friendly, but Bluegrass In Paradise, held in Crested Butte, takes the concept a step further by starting the week of festivities with camps for kids and adults. By the weekend, the workshops slow and the performances kick in full force. This year’s headliners include The David Grisman Bluegrass Experience, Keller & The Keels, and Drew Emmit and the Paradise All Star Band. 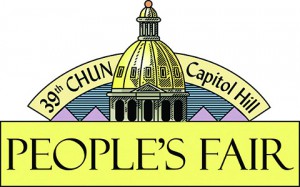 This year marks the 41st annual Capitol Hill United Neighborhood (CHUN) Capitol Hill People’s Fair. The event, which has won multiple awards over the years for its effort, is a celebration of the Denver urban community and its residents. Much more than just a music event, the People’s Fair has all the feeling of a big-city street fair, with tons of arts and craft displays and more culinary choices than you can shake a meat-on-a-stick at. The People’s Fair also has a unique approach to choosing its musical lineup. In March, the group hosts the Ultimate Music Xperience (UMX) at Bender’s Tavern to allow any local act that is so inclined to audition for the event. A wide host of judges then decide on the top acts, a task that will continue into May when they announce the 2012 winners of the UMX and thus the People’s Fair lineup.