Trending Stories from The Marquee
You are at:Home»Brian F. Johnson»Roadhouse Rebels with Robby Krieger and Rich Robinson @ Oriental Theater 5.27.2012
By Marquee Magazine on May 29, 2012 Brian F. Johnson, Live, Live Reviews

DOWNLOAD A FREE AUDIENCE RECORDING OF THIS SHOW HERE 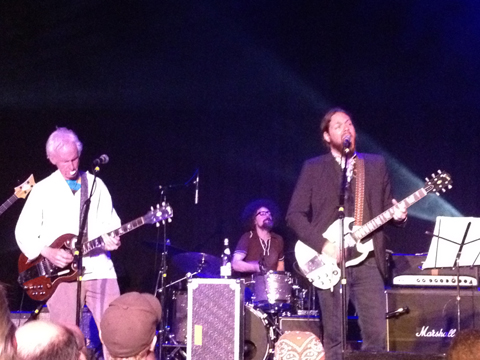 That is exactly, what a rock show should be.

Sunday’s night’s Roadhouse Rebels show at the Oriental Theater may have featured legendary guitarist Robby Krieger of The Doors, but what it did not feature was a bunch of unnecessary pomp and circumstance. In fact, Krieger, came out Sunday night and immediately let Rich Robinson of The Black Crowes, take the reigns.

The show’s first three songs, were tracks that Robinson and his solo band have been playing together on tour in support of Robinson’s album Through A Crooked Sun, and from the look and sound of it, it’s a piece of work that Krieger is very familiar with. The 66 year old Gibson-toting guitarist tore through some solos on Robinson’s material.

Roadhouse Rebels, is in fact, mostly Robinson’s band. With Steve Molitz of Particle on keyboards and Joe Magistro, the percussionist for the Crowes, three of the five Roadhouse Rebels lineup are Robinson alums. Krieger as well as John Alva of Oingo Boingo made up the rest of the group. Molitz helped to put the entire project together with Krieger — which you can read about here, Roadhouse Rebels. 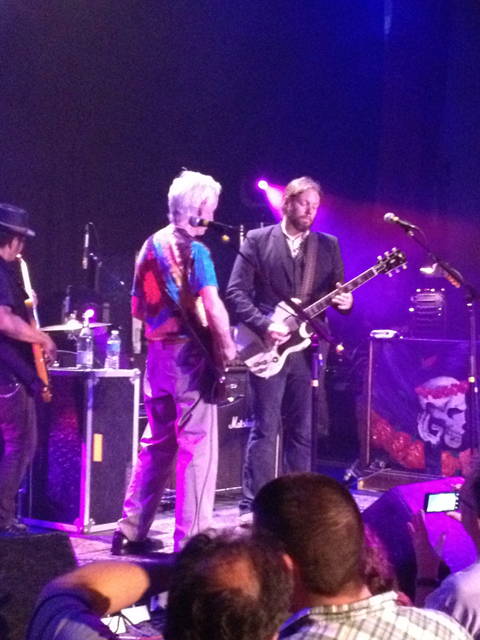 Krieger told The Marquee in an exclusive interview, that his goal was just to get around some new musicians and play for the love of it, and that’s what made this show so special. This wasn’t some old rocker trying to force a greatest hits show down an audience’s throat. This wasn’t a group of musicians playing note-perfect ultra-rehearsed material. It was true and simple rock and roll, in a dirty rock club, played by a group of rock superstar musicians, with the absence of ego.

It was the antithesis of Roger Waters’ “The Wall” tour, which played Denver’s Pepsi Center earlier this month, and had all of the spontaneity of a commercial airline flight report. And, also unlike “The Wall,” it eschewed any commercialism. Krieger wasn’t out there, trying to re-fill bank accounts. It seems he could give a frog’s fat ass about that. He was there just to play and to have fun, and it showed.

While Robinson switched from vintage guitar to vintage guitar — and goddamn does he have a lot of amazing gear — Krieger stuck to his Gibson SG the entire show. A few songs saw Robinson on his white SG, while Krieger hammered his classic red axe — A Tale of Two SG’s, if you will. 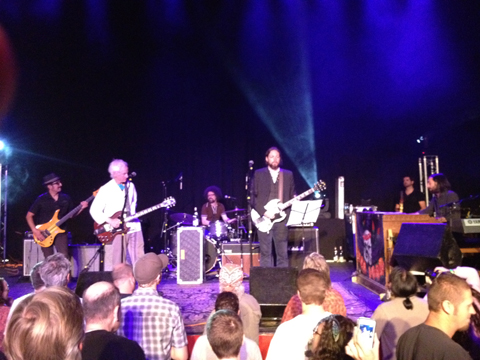 When Doors material did surface throughout the set (and there were only five Doors songs in total), the entire group shared vocal duties, with Robinson taking the lion’s share of the work. Besides pointing at the crowd during the famous line of “Roadhouse Blues” of “got myself a beer,” Krieger did nothing to point out ‘these are the songs that made me famous.’ In fact Krieger’s only acknowledgement of any of the material came after one of Robinson’s tunes “Lost and Found” where Krieger added a “great song,” after its performance. 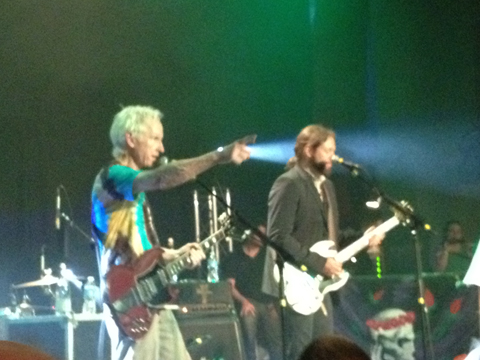 The “Cinnamon Girl” encore was blistering!

08. People Are Strange (The Doors)

09. Look Through My Window (Rich Robinson)

DOWNLOAD A FREE AUDIENCE RECORDING OF THIS SHOW HERE

More photographs can be viewed here: