Trending Stories from The Marquee
You are at:Home»Features»RockyGrass Festival
By Marquee Magazine on May 1, 2012 Features, Festival Coverage, Timothy Dwenger 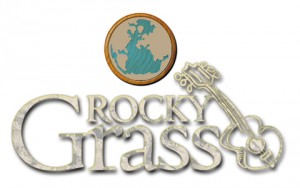 This year marks the 40th anniversary of the festival, but it also marks the passing of one of the true legends of the bluegrass community, Earl Scruggs. While Scruggs only graced the RockyGrass stage a couple of times, there are sure to be plenty of banjo players on hand to pay him tribute over the course of the weekend.

Of course, Sam Bush, Bela Fleck and Peter Rowan will be on hand for the late July extravaganza, but they will be playing alongside some of the members of the next generation of bluegrass greats like Chris Thile, Trampled By Turtles, The Infamous Stringdusters and others who will hopefully carry this festival on for another 40 years. Bill Monroe would be proud of the amazing festival he helped to create, and he would of course, miss his friend Earl Scruggs.

YOU NEED TO KNOW: Planet Bluegrass always has the next generation of festivarians in mind and as that generation continues to grow, they have expanded their kids area to include a variety of fun, planet-minded activities throughout the day, including slacklining, a mobile recording studio, kids music performances, knot tying, crafts, and much more.  Feel free to bring your kids to the ranch, they are not only welcome, but it’s encouraged!