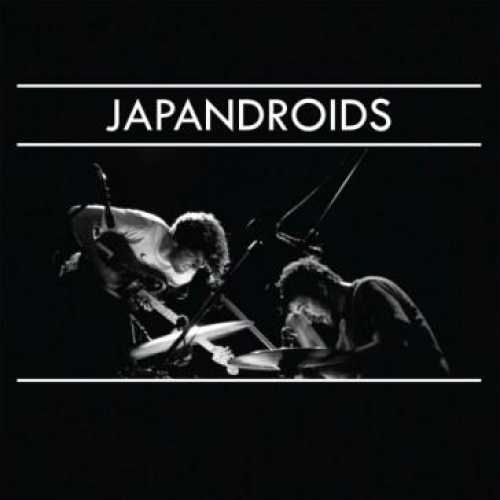 Larimer Lounge on June 19 2012 will be remembered as a sold out, sweaty, hot as shit show that showcased two groups totaling four members with two completely different sounds. And did I mention both groups were from Canada?

It started off with Cadence Weapon aka Roland Pemberton, addressing the crowd and showcasing his Canadian knowledge of hockey by referencing the Avalanche and his hometown of Edmonton. This seemed to help the crowd warm up to him, as having a rapper as an opening act for a garage/noise rock duo seemed to be almost misplaced. But after his first song all doubt was cast away. Cadence Weapon and his dj filled the Lounge with eclectic bass-driven beats that complimented his free-flowing style.

It was an intimate performance that enabled Cadence to add some banter between songs, showing his affability between gut-busting beats that ranged from an industrial sound to 80’s new wave pop style; all under the almost endless flow of his rhymes. A perfect example of this was the short but sweet song “88.” With a simple industrial beat, Cadence delivered a two minute flow of rhymes that seemed uninterrupted by any breathing or pauses. Needless to say this won the crowd over and made up for the times when he tried to sing melodies and it just didn’t work. Cadence Weapon is a group to check out, for as far as rap groups go, this duo is a unique find.

By the time Japandroids hit the stage, the crowd was pumped and standing shoulder to shoulder in the limited space of Larimer Lounge. Guitarist/singer Brian King opened the show by commenting that it was fucking hot as shit out and the last time they played Denver it was snowing and cold as shit out. As the sweaty throngs of people cheered they jumped right into their set of fast-paced, guitar driven, in-your-face style of rock. It was noisy, frenetic, and dynamic; and seemed impossible to be coming from just a guitarist and a drummer.

The group claims to have no lead singer, as both King and drummer David Prowse shared the duty of singing, yet King seemed to carry the load. Japandroids is a culmination of many different sounds; juxtaposing the fast-paced simplicity of noise rock like the Blood Brothers, but with the lyrical melodies reminiscent of pop-punk bands of the early 2000’s. The front of the crowd was in an almost constant state of moshing, while everyone else danced as well as once could with no space to move and sweat dripping everywhere. It was a fucking rock show for sure. Yet Japandroids can get a little repetitive at times with a similar sound permeating through the set, but the crowd didn’t care. For a newer band from Canada, they seemed to have a cult following that will sure to grow as they continue forward.