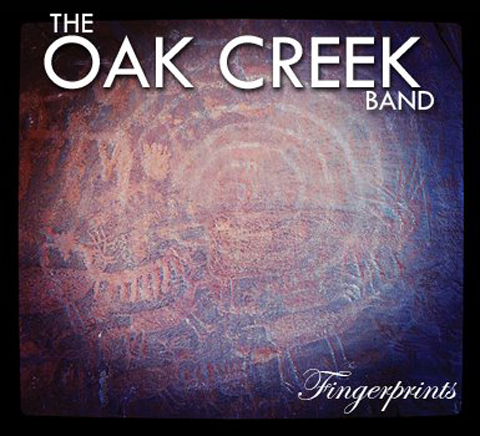 The Denver by way of Arizona six-piece roots rock group The Oak Creek Band sold out of their self-titled debut release in less than one year. But instead of re-hashing their previous work, they headed back to the studio to record this latest EP Fingerprints.

The husband and wife fronted group teamed up with Josh Fairman at Scanhope Sound Ranch in Morrison for an EP that picks up where their debut left off. Jenna Watters’ vocals are unquestionably at the forefront of the band’s sound, a mix of Americana, pop and rootsy rock.

“Don’t Be Fooled” is one of the EP’s most glowing tracks, with soaring vocals reminiscent of the indie-rock album that The Carpenters never made. The track “Barefoot Baby” features Daniel Watters on vocals, and showcases a distinctly different flavor for the group as he sings a fitting chorus, “I’ve got to stretch out my wings.”    — BFJ