Trending Stories from The Marquee
You are at:Home»Features»Vans Warped Tour
By Marquee Magazine on June 1, 2012 Features, Festival Coverage 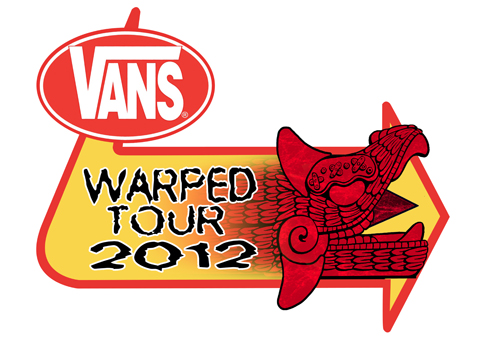 Coming back again for its 18th year, the Vans Warped Tour is old enough to be a legal adult, but its goal has remained unchanged since its inception — giving teenagers a one-stop shop for edgy, angsty tunes.

The tour will bring with it nearly 100 bands for a full arsenal of alternative pop, pop-punk, post-hardcore and hip-hop acts.

The festival doesn’t announce stages or set times until the day of show (for the Denver stop at Sports Authority Field at Mile High, that day is June 17), but luckily for attendees, the Warped Tour is probably the most hip tour anywhere when it comes to new media. Don’t know the schedule? Yeah, there is, in fact, an app for that, in addition to a monstrous inflatable schedule board that looms over the festival.

With their catchy, gold certified, hit single “Blackout,” and their third full-length, Hell is What You Make It, in the bag and on the charts, the electro-pop Denver duo Breathe Carolina will serve as one of the local hosts for this year’s Warped Tour. Their dizzying electronic frenzy paired with rock samples and occasional screamo influences, will grace the main stage for this year’s tour — a position they earned as they’ve recently signed with Columbia Records, and in late May released a new single “Hit and Run.”

Buffalo, New York’s five-piece metalcore band Every Time I Die recently released their latest album Ex Lives, in which the band gets back to their original hardcore roots. Set aside from the recent swell in hardcore bands, Every Time I Die is recognized for their Southern rock influences and for dabbling in mathcore with rhythmically complex time signatures.

Distinctively known for their socially and politically charged lyrics, Rise Against is the kind of hardcore band that stands for something bigger than a tough guy breakdown and an edgy “swooped over the eyes” haircut. These pro-activist gentlemen are no strangers to the Warped Tour, returning again this year, Rise Against will undoubtedly keep the festival in touch with its roots by delivering important messages through heavy riffs, fierce vocals, and non-stop energetic live performances— well that and maybe with a couple of nods to PETA and vegans, too.

Four albums deep, and several lineup changes later, Senses Fail has finally captured a uniquely aggressive post-hardcore sound that suits them well. Senses Fail demands the listeners’ attention with growling lead vocals, harmonic backups, and breakdowns aplenty. The group’s latest album Fire, according to allmusic.com, “once again proves [Senses Fail] to be one of the most consistent heavy-hitters in the post-hardcore world.”

Anti-Flag has been pissed off about the American government since the band got together in 1988, and with all that’s been going on lately they sure aren’t going to be running out of ammo anytime soon. Judging by the release of the band’s ninth album The General Strike in March, these punk rock veterans aren’t going anywhere anytime soon. Anti-Flag’s compelling lyrics, breakneck bass lines, hasty guitar riffs and driving drums gives today’s Warped Tour a memorable glimpse of what Warped was originally founded on, straight-up punk music.

Following in the footsteps of early Blink 182 and The Vandals, Man Overboard is standing by their motto, “Defend Pop Punk.” In a tour full of serious hardcore bands, these modest fellows take it upon themselves to bring back some of the hoopla and rowdy shenanigans that is pop-punk. Catchy riffs, addictive rhythms and easy to sing along to lyrics promise lots of crowd involvement this summer, and an opportunity to let loose.

Someplace in East Brunswick, New Jersey, somewhere between Catch 22 and One Cool Guy, the love child of Streetlight Manifesto was conceived. Since 2002, these third wave ska extraordinaires have experimented with a diverse brand of genres, which all meld to form their signature, skapunk. The only thing Streetlight Manifesto keeps predictable is their dynamic energy, and unforgettable live performances.

Originally starting as a cover band, these Baltimore rooted suburban kids probably had no idea they would land a spot on the Warped Tour. Fresh out of high school, the boys in All Time Low preach a predictable, albeit very Warped Tour message, staying hip to the jive, singing about girls, life on tour, and more girls. The whole package is topped off with extremely poppy riffs and classic alternative arrangements anybody can remember.

A wise man once said, “Don’t overlook a band with a bearded frontman.” That being said, out of Grand Rapids, Mich. comes the electro-pop team of Stepdad, fronted by one hairy, hairy man. Pioneering their very own frontier that is far away from the rest of the tour, these guys offer a colorfully electronic experience polished off with absurd lyrics that groove well with their outlandish beats and neon getups.