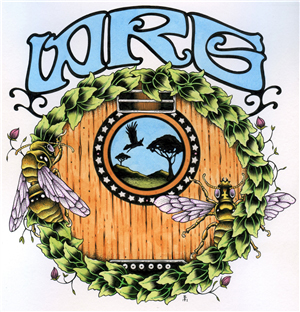 That simple statement is of course a very broad generalization, but it’s honestly not far from the truth and it does a pretty perfect job of explaining the vast differences between the two shows.

Saturday night’s Boulder Theater show was a mad house. In fact, that mad house started much earlier in the day when a large line began to form around the theater. With palpable excitement, the party began to brew.

By the time doors opened the line snaked all the way around the corner, and by the time the trio of Bob Weir, Chris Robinson and Jackie Green took to the stage the theater was jammed.

The trio’s set, as proven last year at Folks Festival, and again on Monday night at Chautauqua, is one well-suited for a sit down and listen-type of atmosphere.  The nuances expressed by three men with three acoustic guitars doesn’t carry well over loads of conversation and that was a battle they certainly faced on Saturday. But the entire point of this trio set-up was to give an idea of what it would sound like if these guys sat down on a front porch and picked some songs together — and in that vein, it was wildly successful.

From the get-go Saturday night, the trio seemed to struggle on certain numbers, either due to missed cues,  misreading each other’s harmonies, or by something that’s never been tough for Dead Heads to wrap their mind around, missed lyrics. The show started off with a jam into “Truckin” and right off the bat, Bobby dropped the ball, singing “A typical city involved in a tickable daydream.” It was a forgivable mistake, for sure, but one that sort of set the tone for the evening. On the very next song, “Loose Lucy” Weir again came out of the gate with a botched lyric, singing “Loose Lucy is my desire” instead of “delight.”

There were several instances like that on both Saturday and Monday nights, and as said most are forgivable. But, those glitches, when added up, sadly made Weir seem older than his 64 years. Now remember, Weir spent four decades of his life playing with people whom he didn’t need to make direct eye contact with to note an upcoming change. That was the magic of the Grateful Dead. They had been together so long, that the slightest little nod, or sustained note, vocal cue or whatever let the others know what was about to happen. For these three men who’ve played precious few gigs together they all did a good job. But neither show could be considered “tight” throughout.  And quite frankly, that was a big part of the appeal to both of these shows. Had they been 100% dialed in, it would have been predictable.

After four songs together each night Weir and Robinson would leave the stage to allow, as Robinson put it, “the youthful exuberance and haberdashery of Jackie Greene.” And on both occasions Greene did wonders with the solo time. Saturday night he belted out some of his older material and on Monday night he crushed the crowd with a performance of his new song “One New Love.”

Robinson did equally well with the free time both nights, singing several songs he’s been performing for some time, including a wonderful version of the Tom Rush song “Driving Wheel,” and from his then forthcoming album Big Moon Ritual the newish song “Reflections of a Broken Mirror.” [Big Moon Ritual was released, June 5,  the day after the Chautauqua show.] Robinson’s voice is getting better with age, and he will always be known for that sound, but what was shocking is how well he’s playing guitar these days. He’s never been a slouch on guitar, but it was just never really his thing. I recall a concert he played in 2002 with then Black Crowes guitarist Marc Ford. Robinson played guitar on one song during that show, and Ford pointed it out saying “You don’t see Chris with a guitar that often.” And you don’t, or didn’t until recently, which begs the question has he been working his ass off on this with his new bandmate Neal Casal, or has he been playing a lot off stage all along? Either way, he’s got  some incredible chops going with some detailed and intricate playing that he’s never shared much before.

Weir’s solo performance Saturday night was an ambitious one, with him playing “Weather Report Suite > Let It Grow.” While Weir nailed the first few bars of the intricate acoustic part that opens “Weather Report Suite,” he severely flubbed the bars the followed, but when all was said and done, he managed to pull off a nearly 19 minute-long jam by himself.

On Monday, Weir played a great version of  Jerry Garcia’s mournful ballad, “Days Between,” which Weir introduced as being a good fit for the sound in the Auditorium, that lends itself to ballads. As with his solo endeavor Saturday night, there were some missed chords, lyrics and notes, but it was again a very fair representation and an honest performance of the song.

No one in the trio has ever given any indication as to whether or not this is a project that will stick around over time, but we’re two summers in, and this summer’s shows were more solid than 2011’s outtings. The only thing that seems certain is that the three performers compliment each other well, and appeared to be enjoying the time together on stage.

Torrents of audience recordings of the shows can be found here: