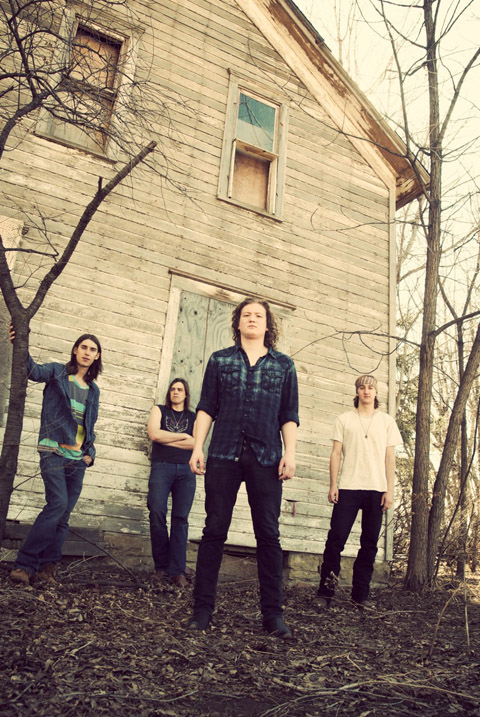 When Boulder’s West Water Outlaws set out on their quest a few years ago, they took on a risky policy that would make most agents, labels and managers cringe. But if the music industry has taught anyone anything it’s that oftentimes the guys calling the shots don’t know jack, and that sometimes you just have to take a leap of faith.

“We did what we were calling, any show, any time, anyplace for whatever pay,” said lead singer and rhythm guitarist Blake Rooker during a recent interview with The Marquee. “Our goal was to play every single day, even if it was for only four or five people — all we wanted to do was play, as often as was humanly possible, to get tighter as a band, and get as much exposure as possible.”

The band, which in 2010 gelled into this lineup when Rooker accidentally walked into the wrong class at CU and met lead guitarist Will Buck, had laid all of their cards on the table with their anytime, anywhere policy, but it was an idea that soon began to pay off.

“I was in class one day and I got a call from Scoo (manager of the Aggie Theatre) and he offered us an opening spot for Dick Dale — like, the Dick Dale, the surf rock legend. It was about three hours before showtime, and we hurled all of our stuff into our trailer and hauled ass to Fort Collins. So anytime, any place applied to everything, including how little time we had to prepare for something. As long as we could make it, we’d be there,” Rooker said.

Another success story of their policy resulted when they were offered a non-paying gig at the Madness on the Mountain Festival in Hahns, Colo., outside of Steamboat Springs. “They said they couldn’t pay us, but that they could give us food and alcohol for the weekend, so that sounded o.k. to us and we went up there and it was one of the most fun experiences we’ve had as a band. You know if you go to a small town that doesn’t have live music very much, they’re always really grateful, and so we earned some really solid fans out of it and they’ve been very good to us,” Rooker said.

The band’s thought that those gigs would pay off later on has certainly held true, and while they’re still game for a lot, the majority of their gigs these days are much more profitable, and more importantly, better planned. In May, the group sold out a Fox Theatre performance, and when they release their new album next month, they are hoping they can recapture that crowd.

Rooker explained that the new album Real Killer was supposed to just be a five song EP, but has grown to seven songs after the group added some bonus tracks, turning the release into a “hybrid” of EP and LP.

Real Killer was recorded at UI Sound, the studio housed in the basement of the W.A.R. building on Broadway in Boulder. Rooker said that studio producer Evan Reeves and his entire team lent a great deal to the final outcome of the album. “We became like best friends with Evan, and Tira and Max over there,” said Rooker. “The band has had, since its inception, a very open and diplomatic writing dynamic, and Rooker, who writes most of the lyrics for the group said that anyone in the band who has an idea is encouraged to “kick it in.” That carried over too to the UI Sound staff, who added suggestions of mics and tones, and according to Rooker, really helped to shape the entire project.

“They have a lot of vintage mics and amps and that’s something that we really like — that classic vintage sound. So whether it was the team at UI Sound, or the gear, or maybe just the headspace we were all in, made us really excited about this whole recording. We have a blast the whole time,” Rooker said.

Throughout July, West Water Outlaws will tour through the Southeast, before heading back to Boulder for the CD release at the Fox. The band will be the first group to play under the new roof at the theater, which has been undergoing long overdue repairs since early June.