Trending Stories from The Marquee
You are at:Home»Album Reviews»Paul Simon
By Marquee Magazine on July 1, 2012 Album Reviews, Brandon Daviet 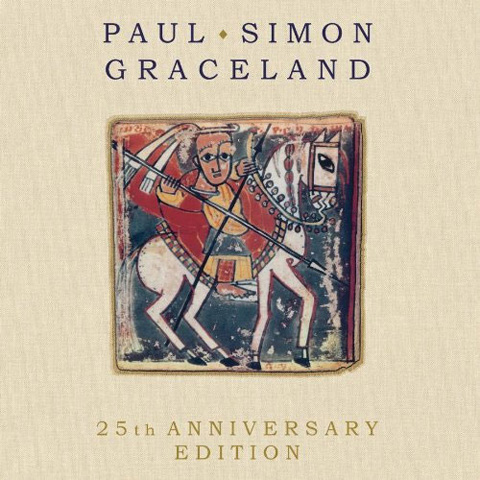 Many consider Graceland as “gateway” Paul Simon. While Simon’s career was already huge, by the time he got to Graceland his popularity had shifted. But this album, recorded in apartheid-held South Africa, led many post-baby boomers to Simon’s prolific back catalog, and forever changed the way the mainstream viewed world music.

On Graceland Simon let loose a combination of world music, New York branded skepticism, and comedy that is still mysteriously alluring today. The album’s world music sound was inspired by Simon hearing “township-jive” recordings from South Africa, and despite opposition by Warner Bros. executives, Simon traveled to Johannesburg to record the album.

While Graceland only had one radio hit, “You Can Call Me Al” — the video of which featured a then still funny Chevy Chase — the album went on to sell 14 million copies and win the Grammy for Album of the Year. This 25th anniversary edition includes the documentary film Under African Skies about the making of the album, plus live and demo recordings of tracks. It’s a loving set for an album that was truly groundbreaking.