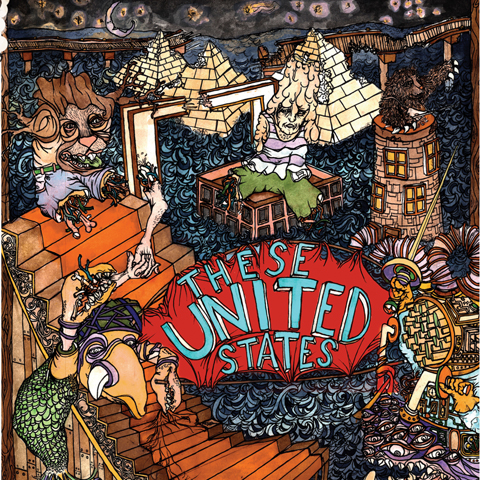 No, what the band will remember, for eons to come, is June 18. Six days after their album was released the group had the honor of opening up for Willie Nelson. It was enough for T.U.S. frontman Jesse Elliott to write on the band’s site, “Shock and disbelief, humility bordering on self-loathing, spasms of uncontrollable cartwheels.  Mostly, though, it just felt right.  Like home.”

But that’s where the irony kicks in. Despite this enormous milestone and honor, the band’s new self-titled album should be what they remember, because without the strength of this new album — an amalgam of modern outlaw country, folkie story-telling indie rock and straight-forward Americana — that opening slot would never have happened.

Elliott is a storyteller. One visit to the band’s website showcases that he doesn’t just post updates, he posts prose — thoughtful deep entries that don’t just point out a date or an event, but actually talk about the feelings behind those events.

Not shockingly, that obviously carries over into the group’s music. From the Raconteurs-ish swagger of the opening track “Dead and Gone” to the sweet twang of “Two Gods,” Elliott pens lyrics that are much more rich than standard. “Two Gods” starts out with the amazing verse, “I mean, seriously, it was the Denver night, and all you could think to do was die, but man, seriously, I mean man, look at me, well o.k. maybe so did I. You get numb and the numbness feels fine. Become brothers and brothers fight, but always remember the grace of surrender, the storm with the city inside…”

In addition to numerous collaborations for the albums and even more numerous tales to tell, the band recorded the album not in one studio, but all over the country, while they were on tour in 2011. That mix of collaborators and locales gives the album a depth and feel that aren’t unlike Elliott’s web posts — they don’t just give bits of information, they also tell much more about the feeling.

These United States have spent the last several years on near-constant tour, but managed to keep a positivity that is unparalleled, and that’s heard in nearly every note of this release.                       — BFJ