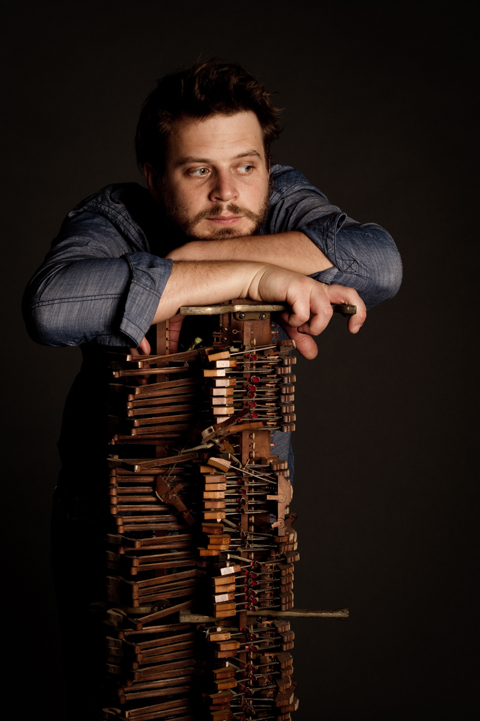 For many people, having the conviction — and sometimes the guts — to follow a muse and fearlessly create a unique path through life is an undertaking that is far from easy. Especially as a modern musician, it’s no small task to remain true to personal sentiments and for many, making certain compromises is an inevitable part of a successful career. But spend any amount of time talking to the now Woodstock-based keyboardist and composer Marco Benevento, as The Marquee did in a recent phone interview discussing his upcoming solo release, and you’ll quickly gather that he’s doing all he can to avoid anything of the sort.

In fact, the sanguine fashion in which Benevento — whose past project credits include  The Benevento/Russo Duo, Surprise Me Mr. Davis, Garage A Trois, and more — approaches creating music is a central theme of the conversation. “I’m just trying to figure out the kind of music my body wants to make,” he said. “For me, it’s always been about finding my own inner musical output — about finding what I really want to do and being myself. It’s hard to describe, but I’ve been very fortunate to play with some amazing musicians that allow me to be me and don’t ask too many questions.”

And with his fourth solo record TigerFace, due in early September, along with tour dates running through November taking him across the country, Benevento continues to evolve his unique style of composition and melodic sensibility that has delighted fans since his early efforts with the now revered Benevento/Russo Duo. Longtime appreciators of Benevento are familiar with his eclectic and affable approach to his craft, as well as his penchant for lush keyboard arrangements, and he noted that there’s no shortage of that on the upcoming release.

“We started the record in 2010 and did the basics at EastWest Studios in L.A,” he said. “That’s the studio where The Beach Boys recorded Pet Sounds, and they had all the best old gear you can imagine. Basically, most of the tunes were just sketches at the time, but we’d just finished a tour and all of our brains were turned on to music, so it felt like a great opportunity to record.

“From there, the timing and feel of everything seemed perfect. I was back home after the L.A. session when drummer Matt Chamberlain (Bill Frisell, Brad Mehldau) called me up and told me he was coming to New York. He wanted to hang, and I told him we should record. I scheduled a late night session at Trout Recording in Brooklyn, and that’s where we did the other half of the album, although I also layered some of the keyboard tracks at my home studio,” Benevento said.

In addition to Chamberlain, the upcoming record features an impressive list of collaborations, including appearances from vocalist Kalmia Travers (Rubblebucket), bassists Mike Gordon (Phish), Dave Dreiwitz (Ween), and Reed Mathis (Tea Leaf Green), along with drummers Andrew Barr (The Slip, Barr Brothers) and John McIntire (Tortoise). Dreiwitz in particular, is making the trip to Colorado with Benevento for their dates in early August, accompanied by longtime Ween bandmate Claude Coleman Jr. on drums. “Claude and Dave are both awesome to play with. They’re both so musical, so aware of their surroundings.  They’re a really tight unit and it’s a huge plus having their history together be a dynamic in our lineup,” said Benevento.

And even with the jazz aesthetic the group’s Colorado dates represent, Benevento assured fans they’ll be in for the display of circuit-bent piano and keyboard sounds he’s become known for over his career. “I have a little box of tricks that basically lets me fly anywhere, play any piano, and get some of the cool sounds that you’ll hear on the record. It’s a hot rod situation, for sure,” he said, “and it ends up sounding like we have four or five guys on stage sometimes.”