Trending Stories from The Marquee
You are at:Home»Album Reviews»Amanda Palmer & The Grand Theft Orchestra- “Theater is Evil”
By Marquee Magazine on September 1, 2012 Album Reviews, Lindsay Allen 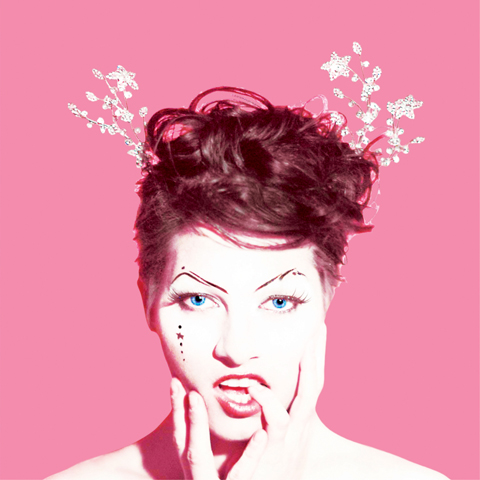 Known for popularizing punk cabaret, Amanda Palmer gained notoriety slaying the piano and vocals with playful tracks like “Coin-Operated Boy” and “Girl Anachronism” with her former co-conspirator Brian Viglione as The Dresden Dolls. In 2008 Amanda released her first solo project album, Who Killed Amanda Palmer still with Roadrunner Records who produced The Dresden Dolls, though the relationship was deteriorating.

Having left Roadrunner Records, with a fanatical and highly dedicated fan base, Palmer recorded her first album in four years Theater is Evil, and created a Kickstarter program asking her fans to participate in helping her market the creation. The program included hand painted turntables and scores of other obviously badass rewards. In return, Palmer earned a new record for fan-based fund raising. In 30 days, she raised $1,192,793 thanks to nearly 25,000 fans —making her the genius behind the most successful music-related Kickstarter program to date — and allowing her to boast on the new album, “We are the media.”

Punk cabaret influenced, yes, but Theater is Evil has a tasty twist of Brit-pop, orchestra, synth-rock and big band horns. When it comes out on Sept. 11, many might remember the date for a good reason, for once. I suggest you make your plans accordingly to be some place epic because you will always remember the first time you hear this album.

This is the first full-length album by Amanda Palmer that forcefully forges beyond the brazen lyrics she passionately pours out from behind her unique piano melodies. That is not to say the release is lacking in either of those key elements that her fans live for, it’s more like Palmer on steroids: overflowing with danceable beats and nostalgic guitar riffs alongside piano sonnets that earworm into your head, and aquatic, non-homocidal theme infused analogies in juxtaposed lyrics whispered and shouted by that magnificent voice that pluck every heart string.

Palmer has slowly been releasing some of the tracks already through her blog, and one of those shared tracks “Want it Back” is chock full of artistic nudity start to finish, and done fascinatingly well.

Since she has gone solo, a portion of what Palmer has put out has been somewhat frivolous, like the live compilation Amanda Palmer Goes Down Under, which features a track called “New Zealand,” a song that was humorously written in the club dressing room in between sound check and performing.

Theater is Evil is not rushed like that, it is Amanda Palmer’s best album so far and definitely on my list of the top ten most blissful albums of all time. —Lindsay Allen