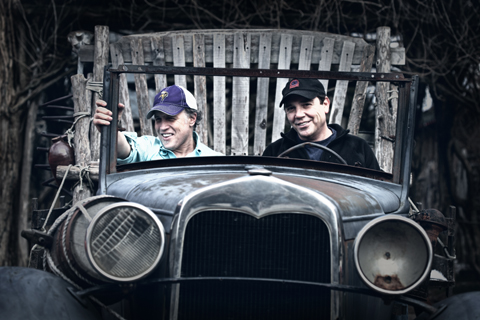 1234►
we actually laid the tracks down and then [Jojo] and I went out and did ten gigs in 12 days,” said Ewing. “We were actually working on lyrics and melodies and stuff and then going and playing them that night and then changing them a little bit and then playing them the next night, and when we got back is when I actually put the vocals down.”