Trending Stories from The Marquee
You are at:Home»Brian F. Johnson»Gasoline Lollipops Release “Dawn,” the First in Series of Three EPs Due by Spring
By Marquee Magazine on October 1, 2012 Brian F. Johnson, Features, Interviews 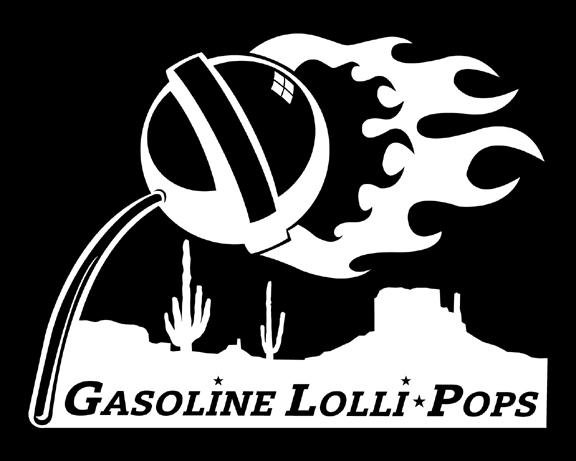 Having a foot planted squarely in two very different but very musical towns while growing up instilled in singer/songwriter Clay Rose an ideology that is a cross section of those communities, while simultaneously being the exact opposite of what those towns and their music stand for.

As a child, Rose split time between Boulder and Nashville, where his mother, Donna Ferrar, had moved after she co-wrote a song with Gary P. Nunn which was picked up and recorded by Willie Nelson on his album Always On My Mind.

The song, “The Last Thing I Needed First Thing This Morning (Was To Have You Walk Out On Me)” was a hit, even though Ferrar’s career didn’t move much beyond that.

Back in Boulder, Rose spent time riding shotgun with his truck driver father. “I grew up a lot on the road with him and he was an avid music collector. He actually probably had more of an influence on me than my mom, because he turned me on to Bob Dylan and Bruce Springsteen and all these guys that I think of who are synonymous with the highway,” Rose said in a recent interview with The Marquee.

Rose, who was writing and performing folk music of his own, didn’t wish to use his pedigree or his mom’s credentials to get his foot in the door in Nashville’s pay-to-play world. So in 2005 he came back to Boulder and signed with the now-defuct Boulder Group.

“When that project went belly up, I got a bad taste in my mouth as far as the whole scene went,” Rose said. “I was very angry. I had wasted a lot of time and so as a musical venting I started the Gasoline Lollipops, which was supposed to be a big ‘fuck you’ to the whole Boulder music scene, because at that time [2005] Boulder was, and continues to be, extremely vanilla.

Rose’s answer was an alt-country gypsy folk group, complete with a bassist that played a standup in the shape of a coffin and was strung with weed-wacker line. It was everything that Boulder bands weren’t and as Rose put it, the group “wasn’t influenced by anything modern.”

The band just released Dawn, its first album since 2005 and the first in a three-part series of EP releases. “We started recording this in 2009. Then we lost our bass player and all kinds of crazy life stuff came along and it got put on the back shelf. When we got our new bass player and when Don started playing with us, we dug it back out. We had recorded the first part at Coupe Studios in Boulder and we recorded the rest of it at Don’s house and went back to Coupe to mix it. It was actually John McVey at Coupe Studios who gave us the idea to split it up into a series. We had 25 songs and we were trying to weed through them to put out a 15 song album, when he suggested releasing three EPs instead,” Rose said.

Death, the second EP, will come out around Christmas, and Ressurrection will be released in Spring of 2013.

Dawn is filled with seven tracks that wonderfully couple storytelling, Austin-inspired, roots rock and outlaw country, that range from the gentle title track to raucous, gypsy-twinged “The Wire,” to the soaring and heartfelt “Pop’s Song.”

In addition to Gasoline Lollipops, Rose has another project that often gets more attention than the Gas Pops, his zombie costumed Eastern European Klezmer band The Widow’s Bane. “The Gas Pops are very near and dear to my heart. I started Widow’s Bane with no intention of ever pushing it, but that band has a schtick which goes a long way,” said Rose, who admitted that Widow’s Bane is indeed busy through Halloween. “In Widow’s Bane, I’m playing a character. But what I really want to do is spend my life playing with the Gas Pops.”